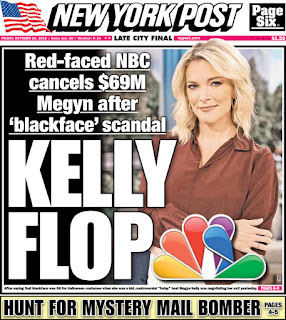 NBC News said Friday that anchor Megyn Kelly will not return to the 9 a.m. ET hour of "Today," marking the end of a rocky run since Kelly moved to NBC News from Fox News.

"Megyn Kelly Today is not returning," an NBC News spokesperson said. "Next week, the 9 a.m. hour will be hosted by other TODAY co-anchors.”

Kelly is still in talks with NBC News about her future at the network, according to two people familiar with conversations who were not authorized to speak publicly. Sources earlier in the week said that Kelly was likely to leave the company.

Bryan Freedman, a lawyer for Megyn Kelly, said that she remains an NBC News employee and "discussions about next steps are continuing."

The announcement ends a tumultuous 13-month run for Kelly as part of the "Today" lineup. Kelly rose to become one of the most recognizable TV hosts in the U.S. during her 12 years at Fox News, where she hosted an evening show, "The Kelly File."


Kelly's hiring by NBC News in January 2017 made waves across the media industry in part for her sizable contract, reportedly worth $69 million over three years. The show's ratings got off to a slow start, with Kelly attracting a smaller audience than the when her predecessors, Tamron Hall and Al Roker, hosted the 9 a.m. hour.

Kelly recently drew harsh criticism after a segment on Tuesday about Halloween costumes in which she questioned why blackface was considered racially insensitive.

Kelly apologized for the comments on Wednesday's show.

NBC’s “Megyn Kelly Today” took in some $180 million in national TV advertising sales over the past 12 months, according to Kantar Media.