SiriusXM Eyes The Home As The Next Frontier 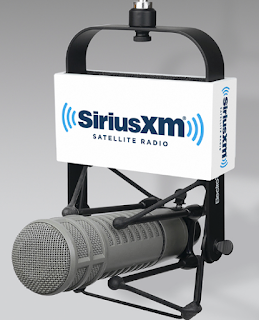 SiriusXM is in practically every new car sold in the U.S. The downside of this dominance is that there is not a lot of new territory to conquer in the automotive space. In its quest for growth, the company is looking beyond the garage and eyeing the home as the new frontier, according to Forbes.

The boom of "smart speakers" makes housing an easy move for SiriusXM. Its acquisition of Pandora gives the New York-based company a significant share of the streaming music market and significantly expands its audience. It currently sells a line of portable satellite-enabled radios so its customers can continue to listen to the service outside of the car, and its mobile app offers WiFi and bluetooth access, but the company has found a more direct way to reach listeners in their living room through its recent partnership with Amazon.

Earlier this month, it was announced buyers of Amazon Echo Dots receive a free 3-month trial of SiriusXM, and the satellite radio company is giving away free Dots to some of its new subscribers who pre-pay for six months. Opt for the All Access package, which makes Sirius available in the car, in-app, and online, and the service already works with Alexa to enable you to tune-in at home on your smart speaker using only voice commands.

Now, the company indicated that it's also exploring an expanded partnership with Amazon to grow its 33 million customer base by offering subscriptions on the online retailer's site, according to CEOutlook.com, which covered the SiriusXM earnings call with analysts. Although no agreements are in place, CEO Jim Meyers acknowledged that Amazon is a successful reseller of services, and also suggested that the company could announce other distribution partnerships in the next few months.

SiriusXM reported third-quarter earnings of $343 million with a profit of 7 cents per share, beating analysts expectations.
Posted 4:49:00 AM