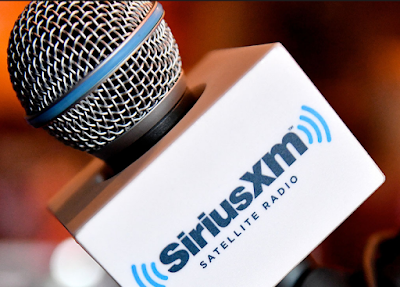 SiriusXM today announced second quarter 2017 operating and financial results, including record revenue of $1.3 billion, up 9% versus the prior year period.

"In the second quarter, SiriusXM continued its strong track record of execution, and demand for our premium content bundle pushed our listener base to an all-time high of more than 32 million paying subscribers. We are pleased to raise our full-year guidance for net self-pay subscriber additions, revenue, and adjusted EBITDA. We also made tremendous progress on strategic initiatives in the second quarter with the closing of our recapitalization of SiriusXM Canada, our acquisition of Automatic Labs, and our agreement to acquire a minority stake in Pandora Media," said Jim Meyer, Chief Executive Officer, SiriusXM.

"Our mission and passion is to deliver to millions of subscribers nationwide the best content anywhere in an easy, accessible way. We were thrilled to launch The Beatles Channel, the first official full-time radio channel featuring the band and its individual members, and listeners love it. You can now listen to The Beatles and our channels by simply asking your Amazon Alexa device to play SiriusXM. And we continue to award lucky subscribers with exclusive, SiriusXM-only live shows such as last week's critically acclaimed Guns N' Roses performance at the Apollo Theater," added Meyer.

SECOND QUARTER 2017 HIGHLIGHTS
"In the second quarter, we deployed nearly $1.25 billion of capital in stockholder returns and strategic investments. We spent $477 million to repurchase 94 million shares of our common stock. We also returned $47 million in cash to our stockholders in the form of dividends in the quarter, bringing total capital returned to stockholders to $524 million in the second quarter. During the second quarter, we invested $280 million to complete the acquisition of Automatic Labs and phase one of our Pandora investment. Additionally, we invested $440 million in debt and equity securities of SiriusXM Canada in connection with the recapitalization of that company," noted David Frear, Chief Financial Officer, SiriusXM.

"In July, we closed on $2 billion of debt issuances at very attractive rates and used the proceeds to call existing notes and pay down our revolving credit line. Pro forma for these transactions, our debt to adjusted EBITDA was just 3.2 times at June 30, 2017, and we had cash and undrawn revolver capacity exceeding $1.6 billion," added Frear.
Posted 7:43:00 AM