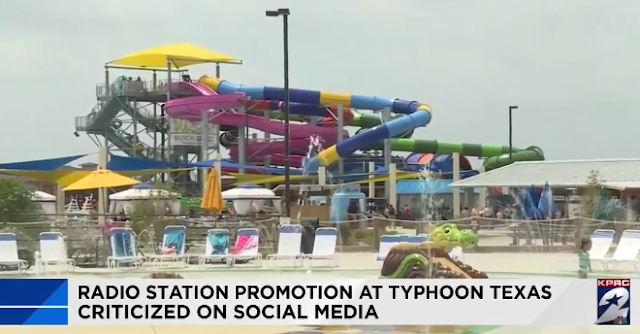 Some families hoping to get a free day at a popular water park are upset after waiting in line and never getting inside.

Country KKBQ 93Q, held a promotion stating that if people arrived between 7 a.m. - 9 a.m. at Typhoon Texas, they would be able to get in for free.

Parents took to the radio station’s Facebook page and sent messages to KPRC Channel 2 complaining that people were turned away around 8:15 a.m.


“I was going to surprise my three kids with a day at a water park because we haven’t been this summer and seemed like a great opportunity,” said Micki Malbrough, who has a 2-year-old son, 4-year-old daughter and 8-year-old daughter.   She said 93Q Country did respond to her and her family will be able to go to the water park at a later date.

The water park said they were well under capacity, but with such a long line, they knew not everyone would get through security check by 9 a.m.

Some parents were upset with the radio station because there wasn’t a mention of a cut off. Some said they took the day off or drove from a far location to be there before 9 a.m.
Posted 5:25:00 AM