Fox News: Clarification, But No Apology To NTYimes 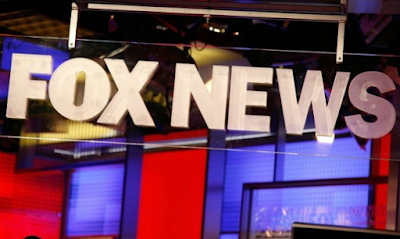 The New York Times asked the executive producer of Fox News Channel’s Fox & Friends for an “on-air apology and tweet” over a segment that aired Saturday morning concerning a 2015 Times story about U.S. efforts to capture ISIS leader Abu Bakr al-Baghdadi. The program briefly addressed the report Monday morning during the 6 a.m. hour.

According to TVNewser, Co-host Steve Doocy said, “On Sunday, the [New York] Times sent Fox News a lengthy statement saying the Times described its 2015 reporting to the Pentagon before publication, and they had no objections and no senior American officials have ever complained publicly until now. If you want to read the entire statement, it is posted on FoxNews.com.”

Fox News Channel and The New York Times Monday began another round of Competitive Insult Trading.


“Neither Fox News’ report nor the subsequent on-air coverage was inaccurate. We find it beyond disappointing that the New York Times…decided to blame Fox News for comments made publicly by General Tony Thomas during a widely viewed panel at the Aspen Security Forum. It might behoove the Times to actually check in with their reporter Eric Schmitt to see whether Gen. Thomas’ comments have merit and whether Schmitt’s reporting in 2015 revealed intelligence that allowed ISIS leader Abu Bakr al-Baghdadi to slip away.”

The battle between these two media titans erupted Saturday over a report on Fox & Friends about a 2015 New York Times report. As with so many media storms that include the words Fox & Friends, this kerfuffle broke out when a Saturday morning President Donald Trump Twittergasm included a blast against the Times for scuttling a plan to kill ISIS leader Abu Bakr al-Baghdadi.

Their mutual outrage stemmed from a crack made by Gen. Tony Thomas, the head of the U.S. Special Operations Command, at the Aspen Security Forum, in which he blamed the ISIS leader’s escape on a media report that appeared to be a reference to NYT article dated June 8, 2015.

The New York Times demanded Fox & Friends apologize for what a rep called the “malicious and inaccurate segment” in which Fox & Friends, with its usual flair, called NYT “failing” –  and “unpatriotic.”

Fox & Friends that morning reported “al-Baghdadi was able to sneak away under the cover of darkness after a New York Times story” and that the U.S. government “would have had al-Baghdadi based on the intelligence that we had except someone leaked information to the failing New York Times.”
Posted 3:10:00 AM