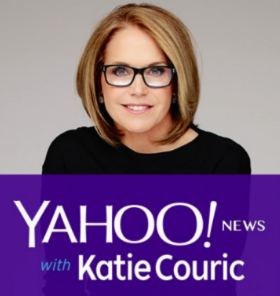 Katie Couric is ending her flagship Web interview show for Yahoo, as well as a range of other online news programming, Oath confirmed after Recode contacted the company about the development.

Instead, the Verizon-owned company has struck a deal to do work with the longtime television news star on a “project” basis.

“Over the last four years, Katie has created a vast portfolio of work that has been equal parts inspiring, thought-provoking and fun to watch,” said an Oath spokesperson. “We're proud of everything she has accomplished and look forward to exploring ways to work together in the future."

According to Recode, the move brings to an end a very high-profile deal that was struck by former Yahoo CEO Marissa Mayer. She got Couric to sign with the Silicon Valley internet giant in late 2013 to become its global news anchor and launch an interview show to give the company a big-media sheen.

The broadcast journalist had a longtime interest in digital distribution and jumped into her job at Yahoo with gusto, the biggest effort by Mayer to convince advertisers that the site was a media destination.