Denver Radio: Report Has KDSP Going All Broncos, All The Time 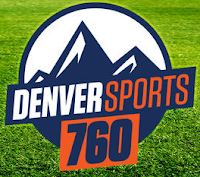 According to multiple network sources, Denver Sports KDSP 760 AM, an iHeartMedia station, is transforming into Orange and Blue Radio and will cover the Broncos and only the Broncos 24/7. The new station is a 50-50 partnership with the Broncos and will soon be housed in a new studio being built at the team’s Dove Valley headquarters.

iHeartMedia’s local stations have undergone numerous changes to their cast of daily shows on Denver Sports 760 and their Broncos gameday broadcasts on KOA 850 AM. In April, former Broncos receiver Ed McCaffrey announced he would be leaving both his daily show on 760 with Andy Lindahl and Romi Bean, as well as his role as color commentator on KOA’s game-day broadcasts.