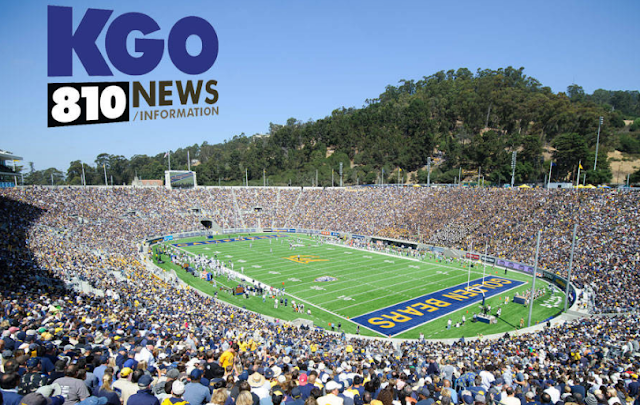 Cal Athletics and its multimedia rights holder, Learfield's Cal Bears Sports Properties, have renewed their agreement to air Golden Bear football and men's basketball games on KGO 810 AM through the 2019-20 athletic seasons, extending one of the longest broadcast partnerships in sports.

Cal football fans have been able to follow the Golden Bears on KGO Radio since 1974 – making this coming fall the 44th consecutive season together – while Cal men's basketball will be aired on AM 810 for the fifth straight year.

Joe Starkey will return for his 43rd season calling football play-by-play, and he will continue to be joined by Cal Hall of Famer Mike Pawlawski, who will serve as analyst, and Todd McKim on the sidelines. Each football game will begin with an hour-long pregame show followed by a 60-minute postgame program, hosted by longtime Bay Area voices Hal Ramey and Lee Grosscup.

A 50,000-watt station based in San Francisco, KGO, operated by Cumulus Media, can be heard from as far north as Redding, south to Fresno and to the coast in San Luis Obispo during the day. The signal also reaches into Canada, Colorado and Mexico at night. In addition, others stations on the statewide Cal football network for this season are KESP Radio (970 AM, Modesto), KAHI Radio (950 AM, Sacramento) and KLAA Radio (830 AM, Los Angeles).

"Most of our fans only know KGO as the radio home of the Golden Bears," Director of Athletics Mike Williams said. "We are excited to extend our partnership and keep a familiar place on the radio for our listeners. As our flagship, KGO provides an extensive signal that encompasses much of our state, and we look forward to moving well into our fifth decade together as broadcast partners."

"Cal Football is the longest-running partnership on KGO 810-AM. We are thrilled to once again extend both Football and Men's Basketball to fans throughout Northern California," said Justin Wittmayer, Vice President/Market Manager, Cumulus Media-San Francisco.
Posted 3:05:00 AM