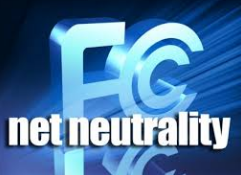 House Republicans are asking the CEOs of major technology and telecommunications companies to weigh in on the net neutrality debate as the Federal Communications Commission moves to repeal the Obama-era rules, according to The Hill.

Rep. Greg Walden (R-Ore.), the chairman of the House Energy and Commerce Committee, said in a hearing on Tuesday that he has invited the executives to testify before the panel on September 7 to settle the debate.

"A strong consensus is forming across party lines and across industries that it's time for Congress to call a halt on the back-and-forth and set clear net neutrality ground rules for the internet," Walden said.

The move comes as Republicans have been pressuring Democrats to come to the negotiating table to work out a legislative replacement to the FCC's net neutrality rules, which are in the process of being repealed by the agency's Republican leaders.

Democrats and net neutrality supporters have argued that any such bill would unnecessarily water down current FCC protections that require internet service providers to treat all web traffic equally.

The major tech companies have all voiced support for the FCC's net neutrality rules but have also showed a willingness to support a legislative compromise on the issue. Republicans are hoping that they will say as much during a hearing before the committee to pressure Democrats.