What's old is new again as Max Media has announced the re-launch of the legendary WGH 1310 AM.

WGH AM (World's Greatest Harbor) was one of the country’s first Top40 radio stations and is again airing '50s and '60s Oldies with a smattering of early '70s.

Max Media says the new format is a complete restoration that will honor the original WGH, while creating a fun, new and exciting spot on the dial that offers timeless music complete with audio flashbacks and recordings.

WGH was a Tidewater Icon and primary outlet of the greatest time in pop culture and music.  It was the #1 station for 18 years– From the beginning of Rock & Roll, Pop, and R&B Top 40 Hits spanning the 50’s, 60’s and early 70’s. 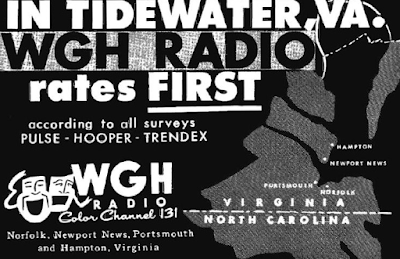 For many years, the WGH News Department was honored by the Associated Press as the Best News Operation in Virginia.  For most of the 1960s and well into the 1970s, Jim Moore was News and Public Affairs Director. 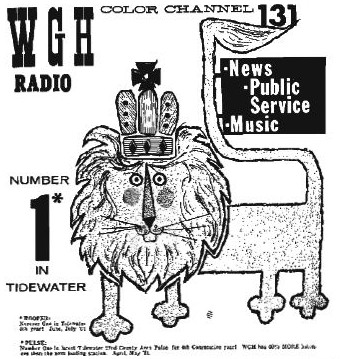 In 1983, the stations were sold to an Ohio company, CommCor, whose management changed the call letters of both WGH AM and FM to WNSY and instituted a soft rock format.  In 1985 the station was sold to Susquehanna Broadcasting and the WGH call letters were restored to both stations.   During the late 1980s WGH-AM aired a simulcast of the WGH-FM Top 40 format.  In 1990, WGH-AM broadcast CNN Radio News during the Gulf War, with a switch to country in 1991 and then to all sports in 1992, becoming Virginia's first all sports radio station.

WGH was sold in the mid-1990s to Barnstable Broadcasting, which also picked up other stations in the area. One of the stations they purchased, WCMS, was later sold to Davidson Media.  Barnstable didn't want to lose the WCMS call letters, so they assigned them to 1310 AM, which became known as ESPN Radio 1310 WCMS.  The WGH call letters remained with 97.3 The Eagle.