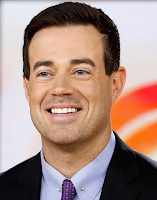 In a statement, Daly indicated he wanted more time with family.  Apparently something had to give since Daly's other projects included the syndicated radio show Last Call With Carson Daly, NBC's The Voice and to the Today Show on NBC.

Daly released the following statement regarding his departure, which follows a programming restructuring at the CBS Los Angeles cluster yesterday:


"I’ve made the decision that something has to give with all of these jobs and the truth is, the reason I’m going to stop doing radio for now — and I love radio, it’s what I’ve always done — and this is the honest-to-god truth, is that I just want to have breakfast with my kids.

"Radio is where I feel most myself and most comfortable. It’s the thing I’ve done since I [was] 18. It’s really all that I am. I’m a radio DJ. I’m really nothing else. All this other stuff comes and goes, but this is it for me. This is the only thing I know how to do. It’s the only thing I’m semi-good at!

"CBS, by the way, these people here at this radio station are my family. For me to be on every morning in my hometown, to be able to talk to you guys, it’s literally been the greatest."


"Carson is a valued member of CBS RADIO and we support and appreciate the difficult decision he made to strike the right balance for him and his family. While mornings on 97.1 AMP/ Los Angeles are no longer possible, we are thrilled to continue our long-standing relationship around his highly successful, syndicated weekend countdown show, "Daly Download," and look forward to other creative collaborations in the future."