NFL Ratings Drop: It Was The National Anthem 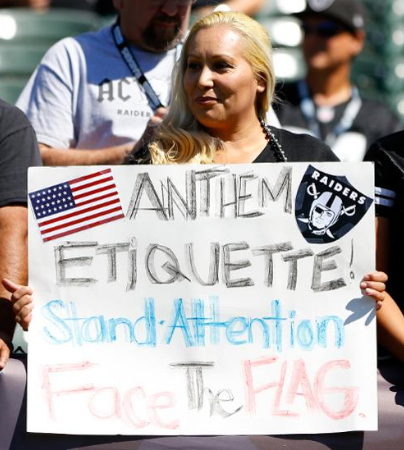 Respondents in a new J.D. Power survey named the national anthem protests that began with Colin Kaepernick as the top reason that they watched fewer NFL games last season, when viewership was down.

The poll surveyed nearly 10,000 people who attended a football, basketball or hockey game, and 26 percent of them named the national anthem protests for why they watched fewer games.

That was followed by 24 percent who named the NFL's off-field image issues, such as domestic abuse, and game delays, such as penalties.

Twenty percent said that it was because of too many commercials, and 16 percent said it was because they were paying attention to the presidential election. Kaepernick hasn't been picked up by any team this season, and there have been suggestions the quarterback is being blackballed because of the anthem protests.
Posted 3:11:00 AM