As technology keeps changing how Americans consume media, a prominent radio chief sees a “big pot of gold” for the industry in all the digital disruption. Enormous ad budgets once reserved for newspapers and TV are now in play for radio sellers as well. That’s how Bill Hendrich, executive VP, Radio at Cox Media Group, put it at The Conclave, according to InsideRadio.

When Hendrich first cut his teeth in radio sales, there were “hundreds of millions of dollars” allocated solely to newspapers and TV—budgets radio couldn’t touch. Then along came digital disruption, which “decimated newspapers and is doing the same thing to television,” Hendrich told the crowd at The Conclave in Minneapolis during its “Ask Me Almost Anything” keynote session Thursday morning.

“Local radio sellers now have more [money] available to them to go after than they’ve ever had in their entire career,” he said. So massive is the growth opportunity that Hendrich predicted some radio sellers “will look back at these as the good old days of their career because they’re making so much money selling integrated campaigns.”

The veteran broadcaster also sounded a positive note about new voice-activated smart speakers, which he said are “giving us our turf back in houses,” urging the crowd to understand and embrace the technology.

With Entercom’s CBS Radio merger inching toward the closing table, the epic deal naturally became a hot topic at the Conclave in Minneapolis. InsideRadio reports that while group execs from competing companies generally agreed a new major player would be good for the industry as a whole, they also discussed how it might impact smaller companies, especially as it relates to national ad business. 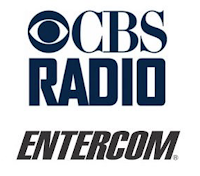 The emergence of a third company with a large national footprint “will quite possibly have an impact on national revenue before it gets to the rep companies,” Bill Hendrich said during the Conclave’s “Ask Me Almost Anything” keynote session Thursday morning. Companies without that level of national scale will have to “get the national you can get but really be great at local,” Hendrich added.

Kevin LeGrett spent six years at CBS Radio as a market manager in Rochester, NY before eventually joining iHeartMedia, where he now serves as president of its Southwest division. “I’m a huge CBS Radio fan, they paid my mortgage for a really long time,” he quipped.

Folding the company into Entercom will create more competition, he said, not necessarily within the radio industry but on the larger media landscape. It will “make radio more competitive in media,” LeGrett said, while helping the industry fight for a larger share of ad dollars. “We need to come together as an industry and talk about all the great tools we have and all the great things we’re doing so that we can propel ourselves [to not be] thought of as an old medium,” LeGrett said. “I think [Entercom CEO David Field] and the crew are going to do that.”
Posted 5:39:00 AM