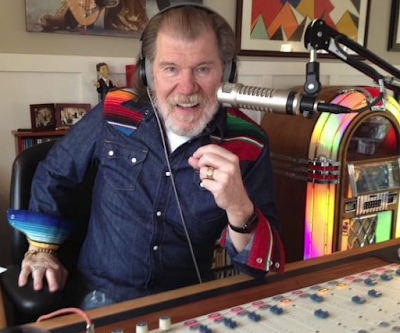 UPDATE 6/2/16: Pat St. John continues to mend and is now targeting July 5 as his return date to SiriusXM. Click Here For more

SiriusXM radio personality Pat St. John remains in the hospital after a fall at home last week, but he is said to be in good spirits.

According to a Facebook posting, his daughter gives a clue about his injuries.  St. John suffered "spinal trauma".  She also reports he suffered a shattered and fractured vertebrase, when  he fell off a darkened porch, as he was carrying his grandson, who was not injured. Surgery is possible for St. John, according to another family member.


I just wanted to express my gratitude for all of the concern, love and well wishes that my family and I have received over the past week. For those of you who don't already know, my father, Pat St John, fell and suffered severe spinal trauma, including shattered and fracture vertebrae. It really does help to hear from all of you who have reached out. we are so lucky to have so many compassionate and caring people in our lives.

Pat St John is the man. I love that guy more than words could ever express. I am so appreciative of all of the good vibes, prayers and offerings of support he has received. Keep the good stuff flowing and I know he will persevere!

St. John does not currently have access to email or social media, but well-wishers can still post good wishes on his Facebook page, which eventually read. 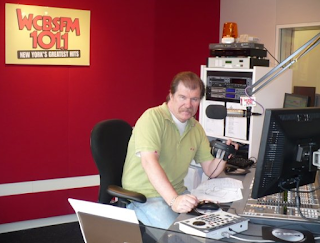 It is not known when Pat will return to his 1pm to 5pm (Eastern) shifts on SiriusXM's 60s on 6 Channel.  But, his daughter stated his desire to get back on-air, will expeditie matters.

It was just a year ago that St. John sign-ed-off Classic Hits WCBS 101.1 FM, ending some 42-years in the market. His other on-air stints were on WPLJ, WNEW-FM and WAXQ.

Pat St.John has been referred to as “The Dee-Jay’s DJ”. Born in Detroit, Pat literally grew up on the music of Motown (read the liner-notes he wrote for the CD “The Motown Story, Volume 1, The 60’s”, which he also narrated).

In fact, check the box-sets of Stevie Wonder, The Temptations, and The Supremes, and CDs by Marvin Gaye and Jr. Walker and The All-Stars, and you’ll see Pat thanked for his input, as his Motown association continues to this day. Pat has also known Bob Seger since he was a teen, and in fact, introduced Bob on-stage when Bob played a local Michigan Jr. High School! 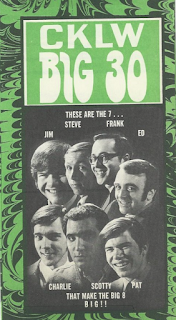 It was Pat's love of Top40 radio that led to his first real gig in 1969 on 50,000 watt powerhouse CKLW in The Motor City. This was right after his 18th birthday, making him one of the youngest jocks to ever work at such a giant radio station. When first hired, Pat pulled down three DJ shifts a week, drove the "CK Camaro" getting actualities for the news department two days a week, and pulled a 20/20 news shift one day a week, as well as doing booth announcing on CKLW TV. While great experience, doing the news was not what he really wanted to do, and he eventually got the full time overnight shift.

In late 1970 he moved cross-town to WKNR, where he wound up in the afternoon shift. Two of the most notable things about Pat's "Keener" gig were the summer of 1971 when he did both morning AND afternoon drive for almost three months — and The ALSAC Radiothon, which Pat hosted for 17.5 hours. In 1972, Pat joined ABC's Detroit album rock outlet WRIF (his first 101.1 frequency) and in 1973 he moved to sister station WPLJ in New York, where he remained for almost 15 years.

While hugely successful as an AOR station, 'PLJ switched to Top 40 in 1983, and during those CHR years Pat was rated "the most listened to afternoon drive jock in America" according to Arbitron. In 1987 Pat moved over to 102.7 WNEW-FM "Where Rock Lives" for an 11 year run, including becoming the station's program director in 1992.

When 'NEW went "talk" in 1998, Pat concentrated on his voiceover career including his yearly gig as the announcer on "Dick Clark's New Year's Rockin' Eve" and doing spots for clients like Chevrolet and Pepsi. 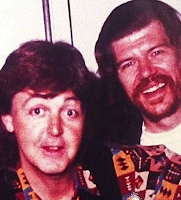 During his nearly 15 year run at WPLJ, his 11 year stint at WNEW-FM on the air and as Program Director, and his first tour of duty on WCBS-FM, Pat has interviewed all the heavy-hitters of Rock’n’Roll. From The Beatles, The Rolling Stones and The Who… to Little Richard, Bo Diddley, and Dion, who calls Pat the “King of The New York Streets”.

An avid record collector all his life, Pat enjoys shared some of his rarest sides during his weekend shows, along with providing many of them for WCBS-FM’s “Collectible Cuts” segments.

During the week, Pat is busy with shows on SiriusXM, as well as doing commercial voiceover work from his home recording studio.
Posted 4:15:00 AM