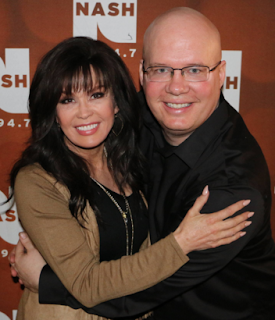 Marie Osmond stopped by the WNSH NashFM 94.7 studios in New York City Wednesday to chat with Jesse Addy about her upcoming country album, Music is Medicine, that comes out this Friday.

In response to questions about why she is putting out an album now, Marie said: “Why not? Music has always been there for me.” Marie also said that Music is Medicine has something on it that relates to everyone.

Marie and her brother, Donny, are going on their eighth year performing at the Flamingo Las Vegas. NASH FM 94.7 even had some lucky winners come up the studios to meet Marie and watch the interview.
Posted 3:03:00 AM