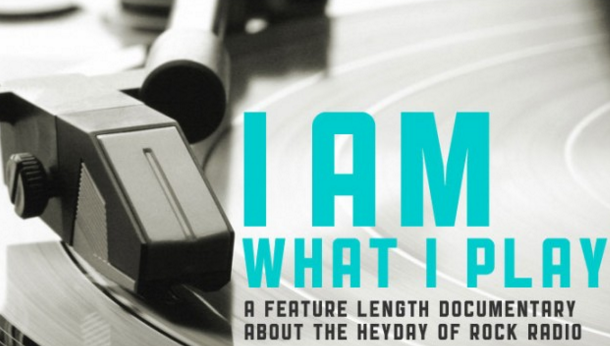 From the 1960s to the 1980s, rock radio DJs played an unprecedented creative role in the world of rock music. I Am What I Play is a feature-length documentary that profiles four of those DJs who became household names in the major markets where they worked: New York, Toronto, Boston and Seattle.

The film is a look back in time to rock’s heydey (some would argue it never ended) within the context of these announcers, their on-air status, their politics, and their deep connections with both the musicians who produced the hits and the fans that consumed the music first on the radio and later when they bought the records. I Am What I Play also looks at where these DJs are now, and how they reinvented themselves as the medium changed?


CBC reports the DJs profiled in this film are:

Meg Griffin is a rock radio legend, having spent almost 40 years on New York airwaves. Her early stint at WRNW lead to a lifelong friendship with colleague Howard Stern. Later, at the incomparable WNEW, she played a major role in championing the punk and new wave scene of the late 70s and early 80s, introducing listeners to the music of Patti Smith, The Ramones, Talking Heads and many others. Griffin has been honoured by the Rock and Roll Hall of Fame and continues her groundbreaking free-form radio work on three different Sirius XM satellite radio channels.

David Marsden first ruled the Toronto airwaves as David Mickie, a motor-mouthed DJ who hosted two television shows and was featured in Marshall McLuhan’s book “Understanding Media”. Later he would carve out his own identity on powerhouse CHUM-FM in the early 1970s and then as program director of one of North America’s first alternative rock stations, CFNY, known as “The Spirit of Radio.” He is the subject of an exhibit at the Rock ‘n’ Roll Hall of Fame and was recently given a lifetime achievement award by the Canadian Music and Broadcast Industry Hall of Fame.

Charles Laquidara was the morning man for pioneering free form station WBCN in Boston for over 25 years and was among the highest paid radio personalities in the U.S. He was one of the first morning show hosts to have a staff of writers and a cast of comic characters but was also known for using his show “The Big Mattress” to take on major issues like the Vietnam War and Apartheid in South Africa. Laquidara was inducted into the Massachusetts Broadcasting Hall of Fame in 2009.

Pat O'Day, who aired on Legendary Seattle station KJR for the better part of 15 years. His dance and concert promotion business eventually became Concerts West which at its peak represented big names such as Jimi Hendrix, Led Zeppelin, The Eagles and Elvis Presley. O’Day is credited with putting the Seattle music scene on the map and is a part of a permanent exhibit at the Rock ‘n’ Roll Hall of Fame.
Posted 3:03:00 AM