Google Defends Itself On Pirated Music 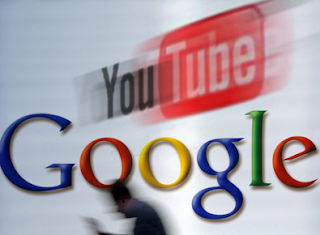 Google touted its track record of generating revenue for the music industry and taking down pirated music and other copyright works in comments submitted this month to the U.S. Copyright Office.

According to The Tennessean, Google said the provision of the Digital Millenium Copyright Act that governs how pirated music and movies are taken down online is working well. And the Silicon Valley behemoth touted innovations it argues have sprung up because of the DMCA's protections.

Google's comments represent the latest back and forth between the technology company and the Recording Industry Association of America, which blistered the country's takedown laws in its comments to the Copyright Office. The RIAA, which represents artists and record labels, said the country's music piracy laws need to be updated.

Under the law, a copyright owner can submit a takedown notice to Google if it discovers unlicensed work online. It is then incumbent on Google to remove the Web page and alter its search engine formula so the illicit Web page doesn't appear when fans search for a favorite band's music.

According to the company's April 1 comments, "in the past month alone more than 6,000 individuals or entities used Google's notice-and-takedown interface to request that Google remove from its search index more than 80 million webpages."

Google also argued that the DMCA, passed in 1998, created safe harbor provisions for tech firms that have allowed the Internet to flourish and drive the U.S. economy. Google, which owns video sharing service YouTube, has sent more than $3 billion to the music industry. Google also argued that its content identification technology allows record labels to identify music synchronized without permission to YouTube videos and, instead of taking the illegal video down, track the video's page views and generate advertising revenue.
Posted 3:24:00 AM