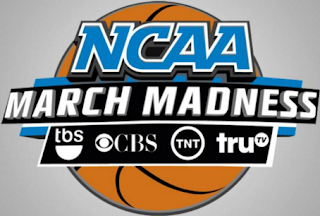 CBS Corp. and Turner have extended their media partnership for the NCAA men’s college basketball tournament, known as March Madness, through 2032.

According to The Wall Street Journal, the current 14-year, $10.8 billion contract that CBS and Time Warner Inc.’s Turner cable unit have with the National Collegiate Athletic Association doesn’t expire until after the 2024 tournament. But the three parties agreed to continue the deal for eight more years at a cost of $8.8 billion—showing the media companies’ willingness to pay more on average per year to lock in the rights.

CBS and Turner said they expect the NCAA to remain a profitable property through the length of the deal. Before CBS’s agreement to bring in Turner to share the rights, the broadcaster was losing about $100 million annually on the tournament, according to a person familiar with the matter.

The new agreement won’t change the current sharing agreement. CBS and Turner will alternate telecasting the Final Four and the championship game.

This year marked the first time that championship aired on a cable network instead of broadcast, capping a tournament that was a disappointment in terms of ratings. Last week’s championship game between Villanova and North Carolina went down to the wire, but the audience was only 17.8 million, making it the least-watched final since 2009, according to Nielsen. The previous year’s final on CBS between Duke and Wisconsin drew almost 30 million viewers.

Turner President David Levy attributed the decline in viewing for this year’s tournament to a number of upsets that sent teams with big national followings such as Duke, Michigan State and Kentucky home early. “I think the event had some challenges this year with the matchups,” he said.