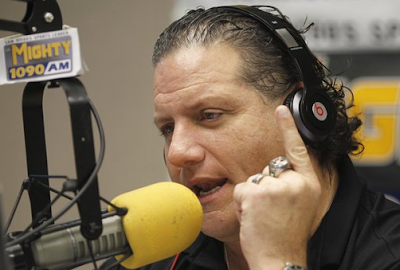 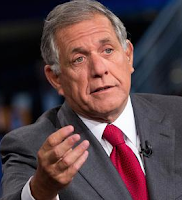 On XEPRS 1090 AM, Sileo commented that "CBS was built on radio..dating back to the William Paley days. So why the transition away from radio?

Mooves replied, “As the world has progressed, and as we've moved into much more digital - and much more streaming, and it is a world for us that is keyed on video. Radio is still a wonderful, wonderful business. Our intent is to spin off radio so it is its own self-standing company, which will fit better than being part of a big conglomerate like ours, which is keyed more on television."

"By no means do we think radio's not a great business," Moonves continued, "it's a slower growth business than the video business is, but we have 117 radio stations and we think that will be a great standalone company. So by no means are we deserting the radio business"

Radio, according to Moonves, doesn’t fit with where the company is heading. “But we have 117 radio stations and we think that will be a great standalone company,” Moonves said. “As a standalone high-cash, relatively low-growth business, it will do really really well and it’ll do better as a standalone than part of the other divisions of CBS.”

He further commented, “Video is where CBS is heading, with CBS Television Network, and Showtime, and what we’re doing digitally. So radio became a different sort of business that really doesn’t fit with where we’re going.”

Click Here to listen to the entire Moonves interview

Moonves didn’t mention selling or swapping the radio group as possibilities, as he had during his bombshell announcement during a CBS Investor Day presentation one month ago in New York. Since then, the company has clarified that making the division its owned separate entity is the primary route being pursued. And while radio may not fit the company’s video-centric focus, Moonves hasn’t been shy about making appearances on the medium.
Posted 5:34:00 AM