Is Talk Radio On the Take? 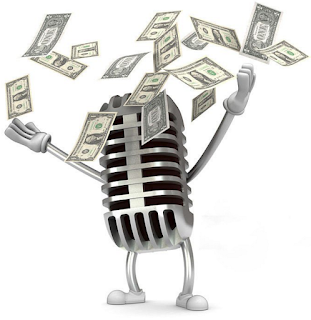 The political blog Reality Check has dug into Ted Cruz FEC Filings and discovered the Cruz PACs paid a Talk Radio Insider over $8 Million Dollars, and the endorsements of Glenn Beck, Mark Levin and others quickly came in.

One FCC rule is 47 U.S. Code § 317 or the Payola Rule.  Simply put, Radio/TV Stations and their employees are not allowed to take money to put content in their programming, mention items, talk about candidates, etc. unless that sponsorship is disclosed.

In other words, if a Talk Show host like Glenn Beck, Mark Levin, Hugh Hewitt or others was paid money by a campaign to talk glowingly, defend or endorse a candidate, and not disclose that they were paid on-air to the audience, or the radio stations they are broadcast on, they’d be in violation of the law.  The station could lose it’s license and the host could be jailed and fined.

If  radio hosts are doing it on their own, with no payment, it’s perfectly legal.  However, if money is flowing to them, and they are not disclosing it, they are violating Federal Law.

The question is, are these talk show hosts becoming Pro-Cruz on their own volition?  Or are they being paid big money to sway the election in Cruz’s favor?

A look at Ted Cruz PAC filings (Keep The Promise I &  Keep The Promise PAC) turns up expenses totaling $8,467,466.00 to a company out of Plano Texas called Rigel Strategies LLC.

Rigel Strategies, LLC is owned by a man named Dennis Sternitzky.  Sternitzky is the only employee of Rigel Strategies, LLC according to Reality Check. Sternitzky is a former sales rep for Salem Communications (now known as Salem Media Group), which owns 117 radio stations across the United States.  Salem also owns the website Red State which puts on the “Red State Gathering” that is hosted by Erick Erickson.  The Red State Gathering notoriously banned Donald Trump from appearing at it’s latest get together in Denver Colorado.

The question becomes, what is Rigel Strategies doing with these payments?

Is Cruz’s “Keeping the Promise I” and “Keep The Promise PAC”, through Rigel Strategies, LLC. paying conservative talk show hosts and media pundits for their endorsements, their defense of Cruz and to attack his opponents?  If so, this would be a blatant violation of the FCC’s Payola and Plugola laws as the hosts mentioned have not disclosed on the air the payments made in exchange for their programming.
Posted 5:02:00 AM