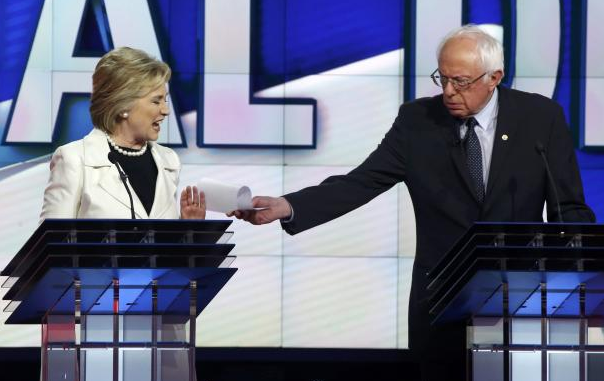 Clinton and Sanders attacked each other over Wall Street, gun control and other issues on Thursday in a series of exchanges that laid bare the mounting pressures on them both but seemed unlikely to change the dynamics of the race. 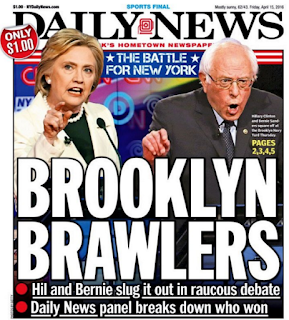 While far short of the brawls that have characterized Republican debates, the tone reflected a contentious turn in the Democratic contest. Clinton and Sanders out-shouted each other while a split crowd roared its approval.

"If you’re both screaming at each other, the viewers won’t be able to hear either of you," moderator Wolf Blitzer of CNN warned during the debate at the historic Navy Yard in the New York borough of Brooklyn.

Sanders, 74, will take a quick break from the campaign trail on Friday to fly to the Vatican, where he will give a brief speech at a conference on the world economy and social justice. Sanders, who will be back in New York to campaign on Sunday, has said the trip is not a political appeal for the Catholic vote but a testament to his admiration for Pope Francis. 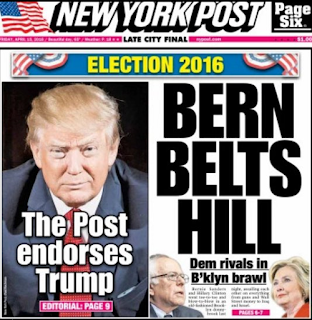 Clinton needs a New York win to stop a recent streak of seven victories in the last eight contests by Sanders, and expand her commanding lead in pledged delegates to her party's nominating convention, also in July.

Clinton leads Sanders by 251 bound delegates to the July Democratic convention, where 2,383 delegates will be needed for the nomination. Her lead balloons to almost 700 when the support of superdelegates - party leaders who are free to back any candidate - are added.

Sanders, who had questioned the former secretary of state's qualifications to be president, conceded during the debate she was qualified but said she had shown poor judgment by taking money from Wall Street for speeches, by voting as a U.S. senator to back the 2003 Iraq invasion and by supporting free trade deals.

Clinton, 68, responded the charges were also an attack on President Barack Obama, who as a candidate raised money on Wall Street and utilized Super PACS, outside funding groups that can raise unlimited sums of money, but still fought for tough regulations on the financial services industry.

"This is a phony attack that is designed to raise questions when there is no evidence or support," she said.