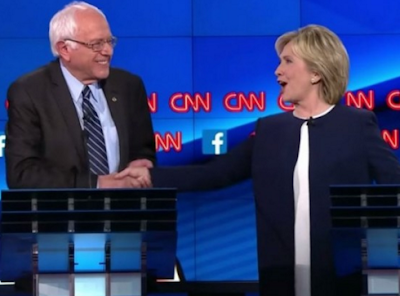 In an unprecedented distribution arrangement, WABC, WINS, WCBS, WOR and WBBR -- all the News/Talk stations in New York City -- will carry the Westwood One News exclusive broadcast of Thursday night's Democratic debate.

They are part of the 100 station Westwood One News lineup for the debate.

Westwood One News will exclusively simulcast CNN’s coverage of the highly-anticipated debate between Hillary Clinton and Bernie Sanders, five days before the New York primary. Both candidates have close ties to the state and the stakes are high.

CNN’s Wolf Blitzer will moderate the debate, live from the Duggal Greenhouse at the Brooklyn Navy Yard. The debate will air live from 9-11 pm ET.
Posted 6:00:00 AM