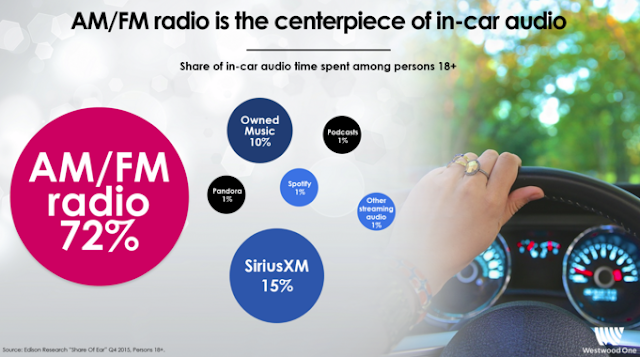 Last Thursday, Edison Research released consumer research into listeners’ habits for radio listening in their cars. On Friday, Pandora has released its own whitepaper featuring the Edison findings, but also sharing some more insight into listener behavior during their commutes.

The paper reiterated many of Edison’s top findings, such as 90% of commuters listening to terrestrial radio but switching stations an average of 22 times per trip. But it revealed that commercials were the top reason for that channel-flipping, followed closely by disliking the currently-playing song.

Interest in controlling song choice had a bigger impact than just surfing stations: 40% of commuters connect their phones to their cars regularly in order to hear what they want. Because of this habit, 59% of commuters who plan to buy a car in the next year called connected dashboards an “important” factor in their decision.

And now, in his weekend blog post, Pierre Bouvard, Chief Marketing Officer of Cumulus Media and Westwood One, responds to Pandora’s recent piece on in-car listening. He notes the following data: 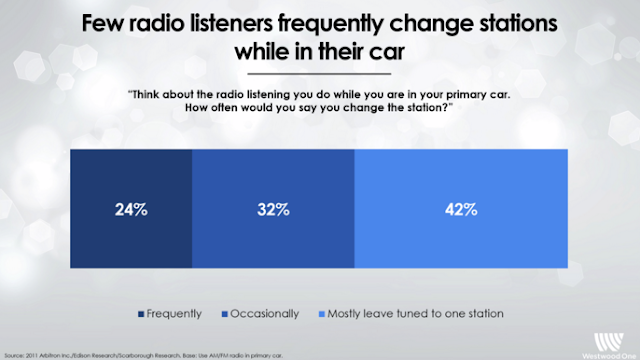 AM/FM is a  foreground medium with 64% of time spent occurring away from home. AM/FM is the soundtrack of the American worker.

Pandora wishes they were used in the car; but barely anyone listens. Pandora’s bigger issue is YouTube and Spotify and hoping that they don’t become the MySpace of streaming audio."