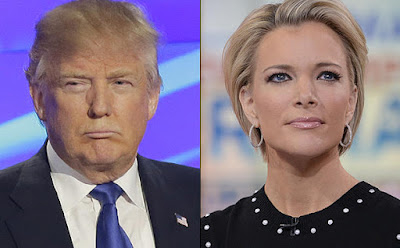 (Reuters) -- Republican front-runner Donald Trump took fresh steps to reset his campaign on Wednesday, hiring a top Republican operative and scheduling a meeting between aides and U.S. lawmakers as he girds for a new phase in his White House bid.

Trump is under pressure to professionalize his campaign beyond a close-knit group of advisers and expand the appeal of his anti-establishment candidacy in the face of fierce opposition from rival U.S. Senator Ted Cruz of Texas and a well-funded anti-Trump operation run by establishment Republicans.

The Trump campaign received some good news when Politico reported that campaign manager Corey Lewandowski, who was charged last month in Florida with battery on a reporter Michelle Fields, will not be prosecuted.

Palm Beach County State Attorney David Aronberg is scheduled to announce the decision not to press charges on Thursday afternoon, Politico reported, citing sources with knowledge of the situation.

Fields told TheBlaze that she is looking into bringing legal action against both Trump and Lewandowski for defamation of her character.

In another development, Trump met privately at Trump Tower in New York with Fox News anchor Megyn Kelly after months of attacking her for the tough questions she asked him at a Republican debate last August about his treatment of women.

Tensions between Trump and Kelly, and controversial remarks he has made about abortion, have contributed to Trump's negative image with women. Opinion polls show the New York billionaire is viewed unfavorably by women by a wide margin.

Kelly said on her Fox News show she had asked for the meeting and used it to request an interview. "We met for about an hour just the two of us and had a chance to clear the air," she said.

In recent days Trump has attempted to soften his image with important constituencies such as female voters.

A group interview on CNN on Tuesday night featured Trump, his wife, Melania, daughter Ivanka and sons Eric and Donald Jr., and showed a more personal side to the often-brusque businessman.

Melania Trump said she had fussed at Trump to stop tweeting at night. "If he would only listen," she said, chuckling.
Posted 3:49:00 AM