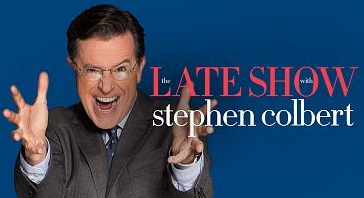 Ratings for the show still trail NBC’s “Tonight Show Starring Jimmy Fallon.” In some weeks, ABC’s “Jimmy Kimmel Live” trumps Colbert’s efforts, though Colbert has  won more viewers season to date.  So CBS is betting on an unorthodox maneuver: taking the executive, Chris Licht, who gave the network a boost in TV’s competitive morning-news arena and setting him out to help steady Colbert’s late-night ship as showrunner. 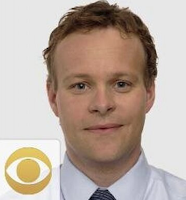 The move speaks to the intense competition in TV’s late-night arena, according to Variety. In a different era, say  one dominated by Johnny Carson, Jay Leno or David Letterman, a show could find a groove and stick with it. Viewers had limited options. In 2016, they have a near-endless torrent of late-night chatter that continues to swell. Comedy Central is trying to boost its hosts Trevor Noah and Larry Wilmore in its 11 p.m. hour, and cable outlets ranging from National Geographic Channel to Freeform are trying their hand at bespoke wee-hours entries. Netflix will join the fray with its launch of a new three-day-a-week talk show starring Chelsea Handler (though viewers could certainly watch it at times of their own choosing).

Little wonder, then, that the mainstay programs of the timeslot are ready to make big tweaks on the fly.

In Licht, who will become executive producer and showrunner of “Late Show,” CBS has a feisty — and ambitious — innovator. Licht, a former radio disc jockey who helped create “Morning Joe” on MSNBC, has been instrumental in helping CBS mount a strong morning show competitor for the first time, more or less, since it canceled “Captain Kangaroo” and sent Bob Keeshan packing in 1982.

Licht’s “CBS This Morning” trick could be one that serves Colbert well: peeling away some of the genre’s frillier elements in favor of a focus on hard news, breaking events and access to newsmakers.

CBS has consistently said that Colbert’s charter is to improve on the viewership of his predecessor, David Letterman, rather than beating NBC’s “Tonight Show.” For the season to date, “Tonight Show” is averaging 3.8 million viewers in the 18-49 demo, compared to 2.94 million for Colbert and 2.43 million for Kimmel. For CBS, the transition from Letterman to Colbert was also a financial boon because the Eye now owns “Late Show” entirely, unlike its arrangement with Letterman.
Posted 3:39:00 AM