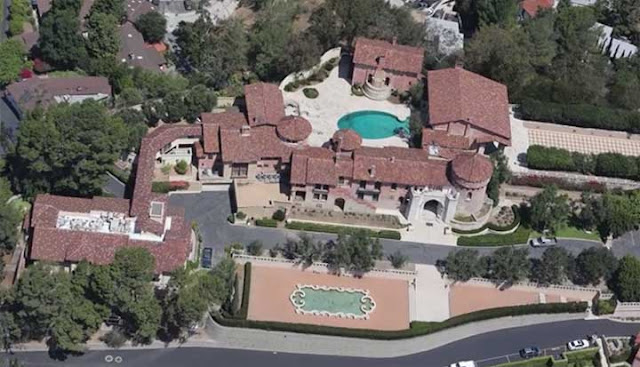 (Reuters) -- Pop star Katy Perry will get her chance to live in a former Roman Catholic convent after a judge on Wednesday invalidated the property's sale by five nuns to a restaurateur.

The case had pitted Perry, daughter of Protestant pastors and one of the top-selling pop stars in the world, and the archdiocese against the Sisters of the Immaculate Heart of Mary.

The nuns, all aged between late 70s and late 80s, once lived in the convent and two of them wanted to sell it to Los Angeles restaurateur Dana Hollister.

The archdiocese filed a lawsuit last June, arguing that the two nuns did not have the authority to sell the property to Hollister.

Los Angeles Superior Court Judge Stephanie Bowick approved the archdiocese's motion to block the sale to Hollister, voiding the purchase documents and deed. She said the nuns did not have the authority to sell the property and that even if they had, they did not properly validate the transaction.

Representatives for Hollister did not reply to requests for comment.

The archdiocese said it was "gratified" by Bowick's ruling in a statement, and added that it was still under contract to sell the convent to Perry.

"The Archdiocese was forced to take legal action to protect all the five sisters from being taken advantage of by the Dana Hollister transaction," it said, adding that it will continue to provide care for the nuns.

Perry, who rose to fame with the hit song "I Kissed a Girl," offered to buy the 8-acre (3-hectare) Roman Villa-style property for $14.5 million.

The nuns had rebuffed the 31-year-old performer, accepting a competing $15.5 million bid from Hollister, who wanted to convert the former convent into a hotel.

Attorney John Scholnick, who represents two of the five nuns, told Reuters he was "disappointed," but emphasized that the ruling only invalidated the sale to Hollister and did not authorize the sale to Perry. He said there could be an option for an appeal.
Posted 3:16:00 AM