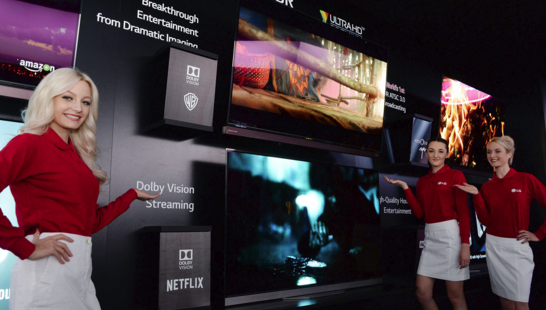 The petition requests the FCC approve the core transmission technology for the new standard as an option for local broadcasters and receiver manufacturers. The petition also requests the implementation of certain rule changes to permit local simulcasting, enabling the new standard to be deployed while broadcasts in the current digital television (DTV) standard remain available without interruption to viewers.

The industry would deploy the next-generation standard in parallel with the existing DTV standard to address compatibility issues. Under the approach, a temporary “host” broadcaster in a market would agree to simulcast on its airwaves the other DTV signals of those stations broadcasting with the Next-Gen TV standard. The “host” station’s programming would reciprocally be carried as a programming stream by one of the stations deploying the Next-Gen TV standard.

No additional spectrum or government funds are required for the new standard, and consumers would have no equipment mandates. Pay-TV providers’ carriage of broadcasters’ Next-Gen TV standard signals would largely be determined through business agreements.


“This is an exciting time for the broadcast industry. Next-Gen TV will provide broadcasters with the voluntary option of offering a higher-quality viewing experience, an IP-based infrastructure and greater interactivity with viewers,” said NAB President and CEO Gordon Smith. “We believe our viewers will be the beneficiaries of new services ranging from breathtaking picture quality to in-depth emergency alerts and more personalized program content.”

“From 4K UHD TV to mobility and more, ATSC 3.0 offers consumers the most immersive viewing experience and more viewing options than ever before,” said Gary Shapiro, president and CEO, Consumer Technology Association. “Our television manufacturers are excited to partner voluntarily with broadcasters, the public safety community and the ATSC to usher in this exciting new Golden Age of television technology and bring the benefits of this standard to devices throughout the home and beyond.”

“America's Public Television Stations believe the Next-Gen broadcast standard will give us even greater opportunities to pursue our public service missions of education, public safety and civic leadership,” said Patrick Butler, president and CEO of APTS. “The FCC's timely adoption of the new standard may also help public television stations save money by combining some of the investments needed to deploy the new standard and to affect the repacking transition required by the broadcast spectrum auctions.”

“AWARN will provide a resilient and pervasive emergency communications system for a 21st Century America, a major upgrade to systems we have now,” said John Lawson, executive director of the AWARN Alliance. “In response to manmade and natural threats, AWARN can deliver rich media, geo-targeted, and multilingual content — including video, storm tracks, evacuation routes, flood maps, and earthquake early warnings. And these alerts can reach millions of people simultaneously, even when the cellular network overloads or the grid goes down. ATSC 3.0 makes all of this possible."

Elements of the Next-Gen TV standard will be on display at NAB Show April 18-21 in South Upper Hall of the Las Vegas Convention Center. In addition to featuring the first live Next-Gen TV broadcast in the U.S. originating from the “ATSC 3.0 Studio” (Booth SU16712), the “ATSC 3.0 Broadcast Pavilion” (Booths SU15709 – SU15814) offers broadcasters a variety of new equipment options and key technologies. The “ATSC 3.0 Consumer Experience” (South Upper Lobby) is providing demonstrations on the benefits of the new standard for viewers.

For more information about the Next-Gen TV standard, please watch this video produced by Pearl, a consortium of major U.S. broadcast companies working on the standard.
Posted 3:14:00 AM