The station, now 1250 on the AM dial,  was the first to broadcast in the city of Fort Wayne. Chester Keen and Lauer Auto founded what was originally called WCWK when it signed on in 1921. Keen bought the Lauer interests in WCWK in 1925. That same year, WOWO was established by the Main Auto Supply Co., with studios above Main Auto's downtown factory.

In 1928, Keen sold WCWK to WOWO owner Fred Zieg, and the call letters were changed to WGL (What God Loves), taking a callsign previously used by the current WADO in New York City. 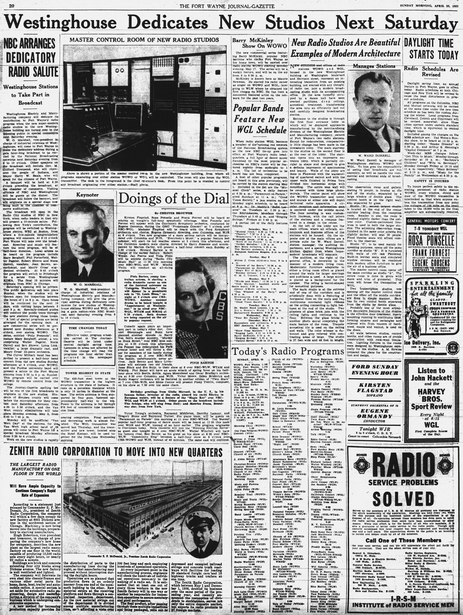 WOWO and WGL were owned by the Zieg family until WOWO's sale to Westinghouse in 1936. Westinghouse sold WGL to the Farnsworth Television and Radio Corporation in 1945. On September 24, 1947, the station's power was increased from 250 W to 1,000 W.

Subsequently it was purchased by the Fort Wayne News-Sentinel. The call letters of WGL were reinterpreted as Wayne's Great Lady, referring to Helene Foelliger, who had markedly improved circulation of the News-Sentinel since becoming publisher less than a decade earlier, when she became the youngest, as well as one of the first female, publishers of a major newspaper. William Kunkle, publisher of the morning Journal-Gazette, followed by establishing WKJG (William Kunkle Journal-Gazette) in 1947, but while WKJG established a television station in 1953, WGL had no television license.

In March 2014, Adams Radio Group, LLC entered an agreement to purchase Summit City's cluster (which includes WGL). Days later, Adams announced they would purchase Oasis Radio Group's stations. To meet ownership limits, Adams will retain WNHT, WGL and WXKE, as well as acquiring Oasis Radio Group's WJFX and WBTU, while selling off WHPP to Fort Wayne Catholic Radio, and selling WGL-FM to Calvary Radio Network. WLYV and two translators (on 96.9 FM and 103.3 FM) will also be acquired by Adams. The transaction, at a price of $6.4 million, was consummated on June 2, 2014. As a result, Adams plans on massive format restructuring. WGL flipped to Fox Sports Radio programming on June 3 after "American Pie" by Don McLean bought a close to WGL and WGL-FM's oldies format. 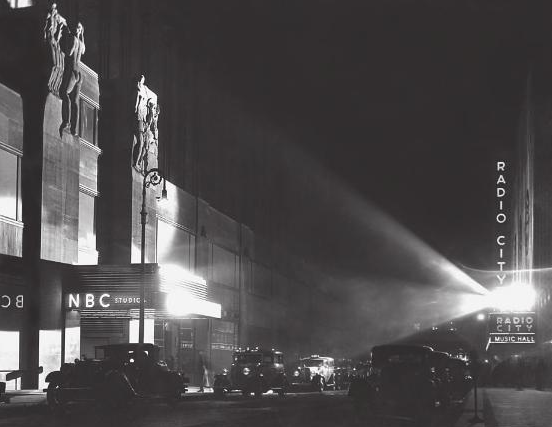 In 1930...NBC first broadcasts from 30 Rockefeller Plaza in NYC.

In a major move in 1931, RCA signed crucial leases with the new Rockefeller Center management that resulted in it becoming the lead tenant of what was to become in 1933 its corporate headquarters, the RCA Building, at 30 Rockefeller Plaza.

Under the terms of the lease arrangement, this included studios for NBC and theaters for the RCA-owned RKO Pictures. The deal was arranged through the Center's founder and financier, John D. Rockefeller, Jr., with the chairman of GE, Owen D. Young, and the president of RCA, David Sarnoff.


In 1973...A "live" Mott The Hoople show is simulcast over several US radio networks, but is later revealed to be the group's actual studio songs with applause overdubbed.


In 1974…Radio personality/actor (Easy Aces, Monitor) Jane Ace, who performed on the air with her husband Goodman Ace for more than 25 years beginning in 1930, died at the age of 74.