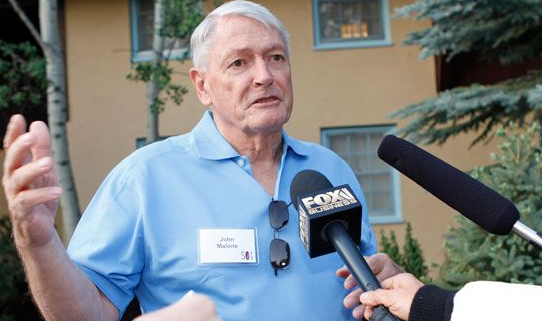 The spun off stocks will be distributed to Liberty Ventures Group shareholders.

Separately, Liberty Media Corp (LMCA.O) - which was spun off from Liberty Interactive in 2011 - said it would reclassify its shares into three new tracking stock groups.

A tracking stock is a type of common stock that "tracks" or depends on the financial performance of a specific business unit or operating division of a company rather than the operations of a company as a whole.

One tracking stock will be designated as the Liberty Braves Group and will track its Atlanta Braves baseball holdings.

"The move is positive and hints at more to come especially with the Sirius tracker," Robert Routh, an analyst at FBN Securities said.

"I don't see more trackers created but do think a deal with Sirius XM as well as Expedia is likely in the works as well as a combination of Liberty Broadband Corp (LBRDA.O) with Liberty Interactive in the future," he said.

Dell brought the tracking stock back in vogue in October, when it struck a $67 billion deal for EMC Corp (EMC.N). It added a tracking stock to track the value of VMware (VMW.N), which is 80 percent owned by EMC.

Malone, known as the "King of Cable" for buying and selling cable and media companies for decades, has also spun off several companies in the past, including Liberty Broadband and Liberty TripAdvisor Holdings Inc (LTRPA.O).

Liberty Media's tracking stocks and the companies spun off from Liberty Interactive will trade separately on the Nasdaq.

The spinoffs and the creation of the new tracking stocks is expected to occur in the first half of 2016, the companies said.