Billboard Issue Charts The Greatest of All Time

Billboard.com today announced its first-ever “Billboard Greatest of All Time” rankings for the top Hot 100 and Billboard 200 songs, albums and artists. 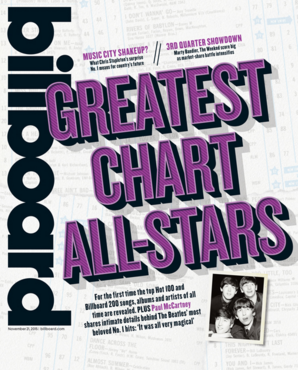 Paul McCartney tells Billboard the origin stories -- some moving, some bawdy -- behind eight of The Beatles' record-breaking 20 No. 1 hits.  Click Here.
Posted 12:50:00 PM