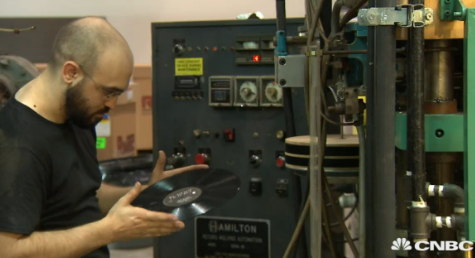 Despite an explosion in digital and streaming music — including Spotify, Apple Music, Pandora and Tidal — consumers are spending more money on vinyl records, and more vinyl buyers are millennials, according to CNBC.

In 2014, more than 13 million vinyl long-playing albums, or LPs for short, were sold in America. And the first half of 2015 is showing similar sales strength with more than 9 million LPs sold, according to the Recording Industry Association of America.

The association says the last time it has seen such high LP sales was a quarter century ago, in 1989. At that time, nearly 35 million LPs were sold. Then in 1990, compact disc sales took off, and vinyl sales fell by the wayside.

The current surge in LP sales is partly being driven by younger consumers. Industry researcher MusicWatch reports half of vinyl record buyers are under 25, and men are more likely to buy LPs than are women.

LP shipments increased 52 percent to $222 million for the first half of 2015, according to the association. But that's still only 7 percent of the overall market by value in a music industry dominated by digital and streaming sales.