Glen Campbell‘s wife has been forced to make the heartbreaking decision to return the ailing country star to a full-time memory care facility as his battle with Alzheimer’s progresses, according to A Taste of Country.

Kim Campbell brought her husband home in September after placing him in a full-time care facility in 2014. Along with the couple’s children, Ashley and Shannon, as well as their nephew Matthew Monier and family friend Brody Wooton, she returned to being his primary caregiver for seven weeks. 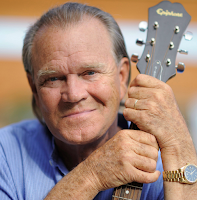 “I always wanted to bring him home and give it another try because I miss him so terribly,” Kim tells People. But in the end, she decided he needed to return to a full-time facility with professional caregivers. “It was just more than I could handle,” she admits. “He’s the sweetest person in the world, but he becomes combative when you try to change his clothes or bathe him. It really wasn’t the best situation.”

Kim has revealed that Campbell’s disease is in late stage six of seven stages, meaning that he requires help with everything. He can no longer communicate in anything more than short phrases, but she says he still has occasional “moments of lucidity,” in which he will look at her, “tear up and bite his lower lip and just say ‘I love you,'” she shares. “It just rips your heart out because you feel like every time you have that moment, it might be your last.”

Kim Campbell founded the I’ll Be Me Alzheimer’s Fund with director James Keach, who directed the documentary Glen Campbell: I’ll Be Me. The film chronicles Campbell’s struggle with the increasing effects of Alzheimer’s during his farewell tour, and it will air throughout November in conjunction with Alzheimer’s Awareness Month.
Posted 3:02:00 AM