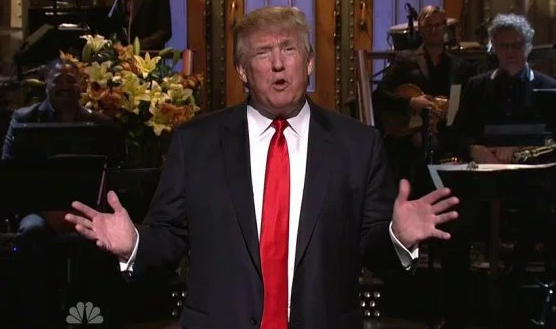 When Donald Trump hosted “Saturday Night Live” in 2004, he held forth in multiple sketches, like a spoof of “Regis and Kathie Lee” and a fake ad for “Donald Trump’s House of Wings.” In 2015, the show was considerably more stingy with his time.

Though Trump carried the opening monologue (with some help from Larry David and impressions by Taran Killam and Darrell Hammond) and appeared in the entirety of the show’s second sketch of the evening, he was not allowed to carry any segment of the program on his own. His minimal appearance on the show would suggest NBC was extremely cognizant of TV’s so-called “equal time” rule, which mandates that U.S. broadcast and radio stations that grant appearances to political candidates must provide an equal amount of time to other candidates who request it.