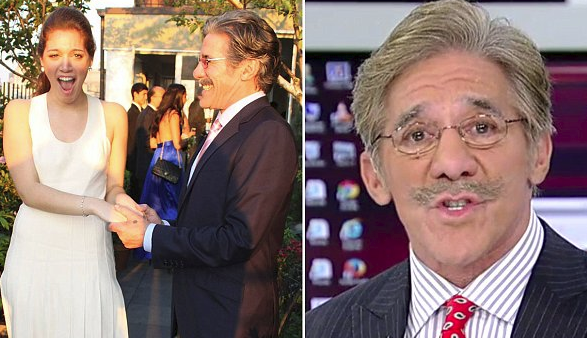 Simone Rivera, 21, the daughter of Fox news anchor and WABC 770 AM talk host Geraldo Rivera spoke to her father on live television after witnessing the horror of the Paris stadium bombing on Friday night.

Two suicide bombers blew themselves up outside the Stade de France sports stadium where the French football team was playing Germany and Simone and Isabel were mere feet out of harm's way.

'Before halftime we all hear an explosive sound but no one seemed to be worried about it,' said Simone who is studying in France for her Junior year abroad.

Rviera, also a pundit on the Fox News Channel, had a emotional conversation with his daughter, Seimone during a live segment. She was attending the soccer match in the stadium that was one of the targets. Throughout the interview, which was conducted by telephone and where she described a chaotic scene within the stadium, he called her “honey.”

“Do you want to come home, honey?” he asked.

“I do, I want to come home,” she said, her voice cracking.

“I want to come get you tomorrow,” he said.