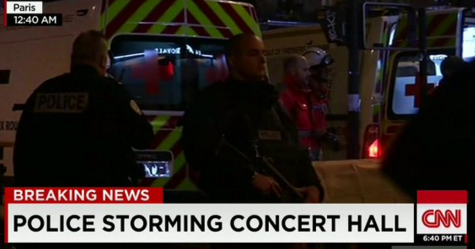 The American news media scrambled on Friday evening and early Saturday to cover the deadly attacks in Paris, an event unfolding thousands of miles away in multiple locations across a city gripped by terror and uncertainty, according to the NY Times.

CNN dispatched members of its Paris bureau and mobilized its London bureau while Fox News stayed on the air with Shepard Smith for many hours and MSNBC called on Brian Williams to fulfill his new duties as breaking news anchor.

At CNN, news of the shooting interrupted Jake Tapper’s show, “The Lead.”   At a little after 4 p.m. Eastern time, it became apparent something significant was transpiring in Paris, with reports of shootings at several locations. At 4:24 p.m., CNN turned its coverage toward Paris and did not break away again.

On MSNBC, Brian Williams oversaw his biggest story since returning to the air in September. The cable news network is counting on Williams to lead its new emphasis on breaking news, and he has been handling such coverage since his return, including Pope Francis’ trip to the United States that month, but this was by far his highest profile, and possibly most viewed, news event since his return.
Rachel Maddow replaced Mr. Williams at 9 p.m. and praised him for his five hours of work, before he rejoined her on set an hour later. On Saturday morning, Matt Lauer and Savannah Guthrie in New York hosted a special edition of NBC’s “Today” show focused on the attacks. 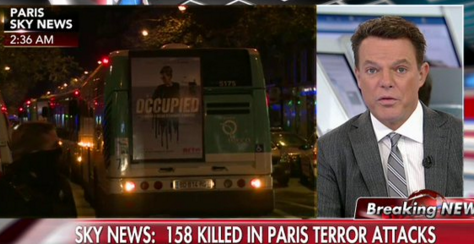 On Fox News, Smith led the duties, while the network rolled out video footage from Sky News (CNN drew much of its video coverage from an affiliate, the French channel BFMTV). Megyn Kelly assumed the anchor spot in the prime-time hours. 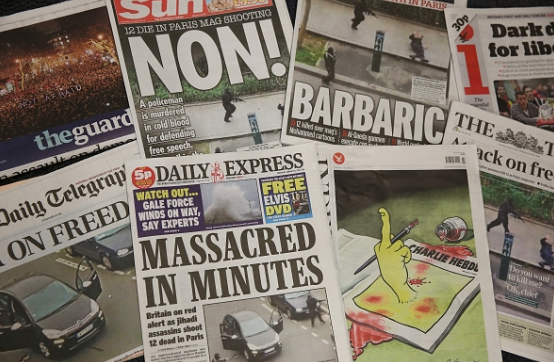 In France, the front pages were united in stark declarations of horror. “Carnages à Paris,” said Libération. In Britain, newspapers also made repeated use of the words carnage, terror or massacre. The Sun, a tabloid known for its creative headlines, displayed the simple message “Massacre in Paris.” Der Spiegel, the German weekly, called Paris “the saddest city in Europe.”

In Des Moines, CBS News executives said that the network was already reviewing its plans for the Democratic presidential debate that it was to broadcast on Saturday night. The debate was to cover a broad range of topics, but the executive editor of CBS News, Steve Capus, said in an interview on Friday that it would refocus its questions on the issues of terrorism and national security. There is “no question that the emphasis changes dramatically,” he said.
Posted 3:18:00 PM