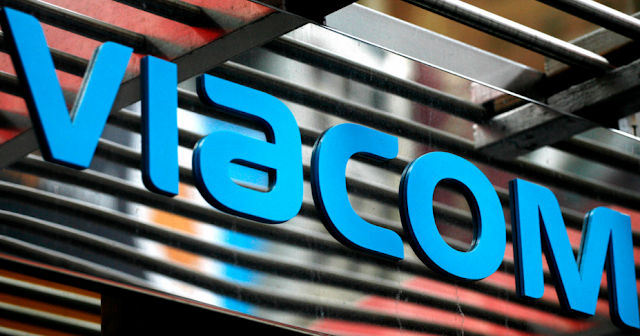 (Reuters) -- Viacom Inc (VIAB.O), the owner of MTV, Comedy Central and Nickelodeon, reported weaker-than-expected quarterly revenue on Thursday, although declines in ad sales for its U.S. cable TV business were not as steep as analysts had anticipated.

The revenue miss was largely due to a lack of hit releases from the company's Paramount film studio.

Domestic advertising revenue fell 7 percent in the fourth quarter ended on Sept. 30, while analysts had expected an 8.4 percent drop.

The cable industry faces an increasing threat to revenue as consumers switch to streaming services such as Netflix (NFLX.O) and Hulu, a trend known as "cord-cutting."

Viacom has also been facing questions about a successor to 91-year-old Chairman Sumner Redstone, who controls about 80 percent of the voting shares in the company. There was no mention of a succession plan on the call.

In addition, the media company has suffered from weak ratings at a number of its networks.

However, the company's Vantage data product, which helps companies provide more targeted television ads, is drawing growing interest, Dauman said. Viacom has 11 major advertisers using Vantage, which it introduced in April, and expects to have 33 by May.

Revenue from the company's media networks business, including its cable interests, rose 5 percent, helped by a rise in international ad sales, especially in Europe.

But total revenue dropped 5 percent to $3.79 billion, missing the analysts' average estimate of $3.88 billion, according to Thomson Reuters I/B/E/S.