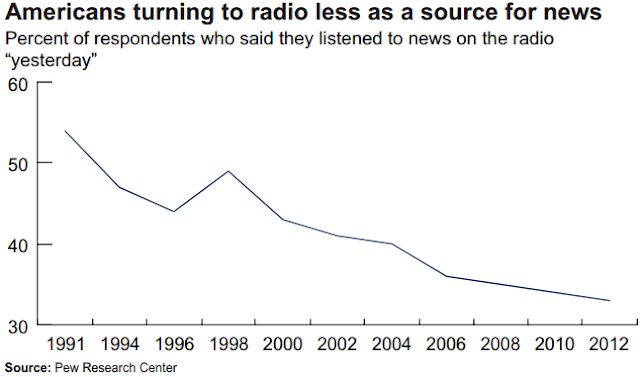 Hard news faces the same kind of extinction as newspapers and magazines, the result of a dramatic death spiral of reporting jobs and ads and the rise of the type of opinion journalism popular two and three centuries ago, according to a new report and analysis.

"Hard news is in danger," said a new report from the Brookings Institution.

The Washington Examiner reports the report details a fall-off in advertising revenues and employment and raised the question that without editorial employees filtering the news, credibility will be undermined.

"These trends have left many people wondering who will collect hard news for the general public. While the Internet world has made it possible for everyone to express their opinion widely — whether they know anything or not — it has also confused readers. In the absence of supposedly neutral intermediaries such as reporters, fact-checkers, and editors, readers are having a hard time judging the credibility of what they read," said the report.

Filling in the hard news gap appears to be more opinion journalism. 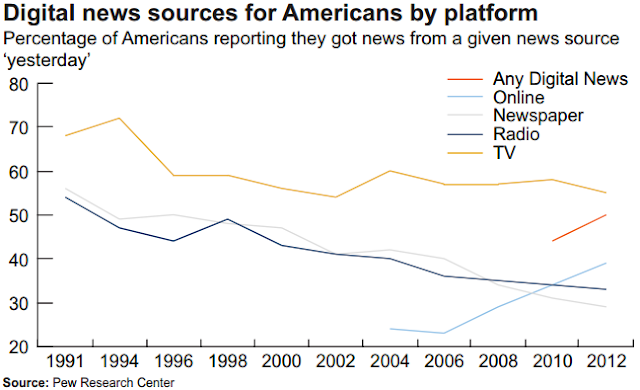 In digital journalism, which is exploding, she said, "there's a slide that is going on where we're in a golden age of opinion journalism, and there's greater analysis, and sort of more interesting analytical gray zone that's happening in the way that news is presented."

The sheer numbers of print's downfall are depressing: