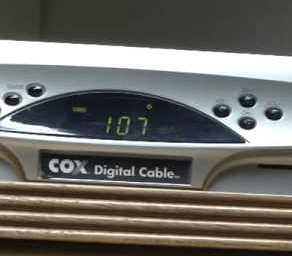 Now, according to The Washington Post, a federal judge has overturned that verdict, saying that the consumers who initially sued Cox didn't do enough to prove that the company misbehaved.

Every year, the average household pays hundreds of dollars a year to rent cable set-top boxes from their TV provider. It's become an important revenue stream for some cable companies. According to the consumer complaint, Cox acted improperly by making it so that customers couldn't subscribe to its premium tier without also renting its set-top box, a fact that critics said was anticompetitive.

The jury agreed in October, but on Thursday Judge Robin Cauthron threw out the verdict because the case failed to show that Cox had actually prevented competitors from selling their own alternatives.

"There simply is no evidence from which a reasonable jury could determine that that arrangement led to a foreclosure of commerce," the judge's order reads.

Cox said in a statement that it was pleased to hear its behavior didn't violate antitrust law.

"Cox’s primary goal is to provide its customers with high value video services," the company said, "and this victory ensures that Cox will be free to continue to provide those services in the future."
Posted 3:09:00 AM