iHM Explores Selling CCO In US 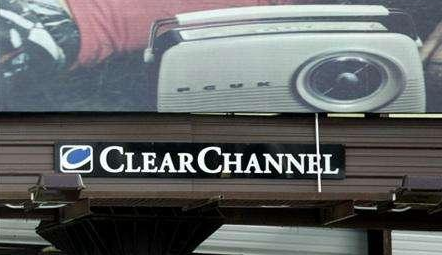 (Reuters) -- Billboard operator Clear Channel Outdoor is exploring the sale of assets in some U.S. markets that could be worth at least $800 million, according to sources familiar with the matter.

Clear Channel Outdoor has hired boutique investment bank Moelis & Co to advise on the potential sale, the sources said on Monday. They asked not to be named because the matter is private.

Clear Channel Outdoor did not return a request for comment. A spokesman from Moelis declined to comment.

Clear Channel may be looking to divest its holdings in cities such as Las Vegas, Seattle, Portland, and Bentonville and Fort Smith, Arkansas, one of the people said, adding that the regions where assets may be sold could change.

Clear Channel wants to sell the assets to help pay off some of the $20.6 billion in debt held by its parent company, iHeartMedia, which was taken private in 2008 by buyout firms Bain Capital LLC and Thomas H. Lee Partners for $19 billion, the people said.

Clear Channel generates revenue from brands that rent out space on its digital and static billboards, which can be found on highways, buildings and other outdoor spaces.

The assets Clear Channel is looking at selling generate estimated annual earnings before interest, taxes, depreciation and amortization of $60 million to $70 million.

Billboards are holding their own with local audiences and advertisers even as attention slips for other sorts of regional advertising, such local newspapers facing circulation declines or TV commercials that viewers increasingly are able to skip.

Reuters reported last year that Clear Channel Outdoor tried to sell its European assets in a deal potentially worth more than $2.5 billion, but then put the process on hold due to the weakened euro.