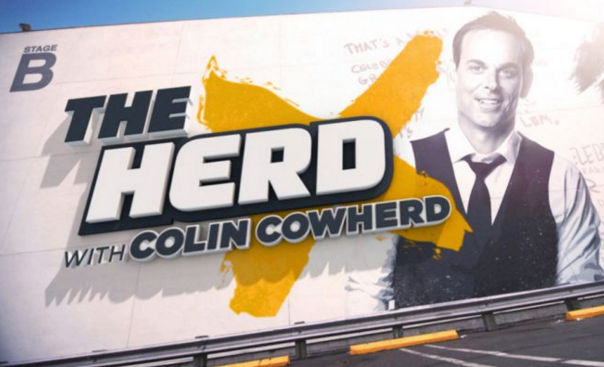 THE HERD WITH COLIN COWHERD premiered on FOX Sports’ television, FOX Sports Radio and iHeartRadio platforms on Tuesday, Sept. 8. In its opening month, the show produced a range of impressive audience figures, delivering strong early returns across each of its distribution avenues and, in the process, reaching a total of 19.5 million people between Sept. 8 and Oct. 9.

Also noteworthy is the popularity of THE HERD podcasts, including the “Best of The Herd” and “Full Show” offerings that combined to rank No. 2 in the Sports & Recreation podcast category on iTunes, netting 1.2 million downloads over the show’s first month.

THE HERD WITH COLIN COWHERD station on iHeartRadio, a daily live-stream of the program, ranked No. 1 among sports podcasts on the platform during the program’s first month.

The show continues to add broadcast radio affiliates across the country, and its performance on the local LA Sports KLAC 470 AM has posted impressive results. Between Sept. 8 and Oct. 9, KLAC experienced a +106% gain in THE HERD’s time slot with Men 25-54 over the previous year.