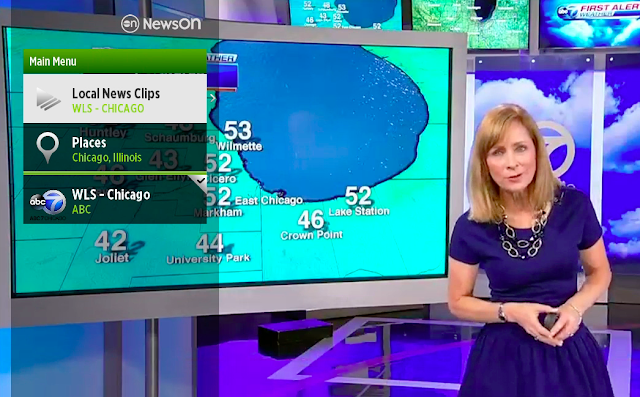 NewsON, a venture dedicated to providing local news nationwide, has announced the launch of the NewsON app, a groundbreaking new service that provides consumers access to live and on-demand local newscasts and local news clips.

The free, ad-supported app features flexible navigation that encourages discovery, offering instant access to broadcast quality video. It also enables users to search by market via an interactive map and for curated content linking coverage of breaking news events from multiple stations. NewsON is available for Apple iPhone and iPad, Android phone and tablet, and on the Roku platform across Roku players and Roku TVs.

NewsON features video content from 118 stations in 90 markets, covering approximately 75% of the United States. At launch, participating stations include those owned by members of NewsON’s owner group as well as stations from Graham Media Group and TEGNA. As announced in June, NewsON founding members are the ABC Owned Television Station Group, Cox Media Group, Hearst Television, Media General and Raycom Media. In addition, Hubbard Broadcasting has joined the NewsON founding members as an investor, effective immediately.

A recent study underscores local TV’s leading role as a news source. According to the March 2015 report “Local News in a Digital Age” by the Pew Research Center, local TV stations remain the dominant source of news for Americans in markets both large and small. The appetite for local and neighborhood news, the staple of TV station newscast coverage, is up to twice the demand for national and international news, the study found.  In addition, nearly nine-in-ten residents follow local news closely—and about half do so very closely and about two-thirds of the residents in each city from the study discuss local news in person a few times a week or more.

Going forward, in addition to the stations available initially, NewsON will welcome new ones from existing and additional markets in the US. At launch, multiple stations will be available through NewsON in some markets, giving viewers the opportunity to “change channels” as they wish.

NewsON users will enjoy broadcast-quality video instantly accessible on mobile devices, at the touch of a button. Stations can be found via an interactive map which locates stations most relevant to users – from home markets to business destinations to communities where family members live. While watching, the viewer can use a timeline viewing tool to pinpoint the precise moments he or she wants to watch – from business and sports to weather and traffic. In addition, viewers can access and contribute to real-time tweets about local news, adding their perspective to the community of viewers and increasing the spread of local information.


“NewsON expands the reach and relevance of local broadcast news, and delivers a uniquely valuable experience for viewers,” said Louis Gump, CEO of NewsON. “NewsON offers the most comprehensive collection of local news video available today for mobile and connected TV viewers, and we expect the number of participating stations to grow between now and the end of the year. The vast collection of news content, coupled with a powerful interface, gives NewsON the potential to be an iconic app that quickly becomes a consumer favorite.”