GOP Lawmakers: FCC Was Not Given Net Neutrality Authority 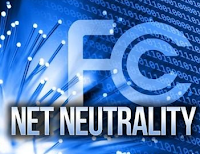 A group of 23 House Republicans on Tuesday told an appeals court that Congress never granted the FCC the authority to write net neutrality regulations for the Internet.

The Hill reports the members filed a late friend-of-the-court brief with the Court of Appeals for the D.C. Circuit ahead of oral arguments next month to determine whether the rules approved earlier this year should stand.

"Congress certainly did not leave (and would never have left) this issue of great national importance to be decided by the FCC," the lawmakers wrote in their 15-page filing.

The filing Tuesday argued the FCC rules have "short-circuited" the policy debate in Congress.

The Republicans point out that Democratic supporters have introduced dozens of net neutrality-related bills over the past decade, with no results. They argue those failed bills are proof that supporters realized the FCC did not have authority to write the rules on its own.

The GOP brief was written as a reaction to one filed back in September by nine Democratic senators and 20 Democratic House members who supported the rules.

The Republicans said the Democratic brief "does not represent the views of Congress and in fact is opposed by Members of the majority party in the House."
Posted 3:27:00 AM