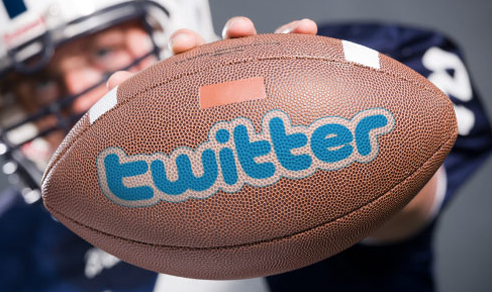 According to Bloomberg, The social-media company was said to have bid against a slate of heavyweights including Verizon Communications Inc., Yahoo! Inc. and Amazon.com Inc. Facebook Inc. dropped out of the contest last week, according to a person with knowledge of the discussions who asked not to be named because the talks were private. Twitter will stream 10 Thursday night football games to the public for free, while they are also shown on NBC, CBS and the NFL Network, the NFL said in a statement Tuesday.

While the NFL and Twitter haven’t disclosed the price for the package, people familiar with the bidding said Twitter paid less than $10 million for the entire 10-game package, while rival bids topped $15 million. Those numbers are a fraction of the $450 million CBS and NBC collectively paid for the rights to broadcast the Thursday games.

According to re/code.net, One big reason for the disparity is that CBS and NBC have their own digital rights, and they will own most of the digital ad inventory in their games, people familiar with the deal say. So Twitter will be rebroadcasting the CBS and NBC feeds of the games, and will have the rights to sell a small portion of the ads associated with each game.

The deal gives Twitter a key piece of content to attract mainstream users in its quest to make its service a go-to place to react to and discuss live events. The NFL, aware that a growing number of households are comfortable streaming video over the Internet, is using the digital rights for Thursday night games to reach so-called cord-cutters, as former cable-TV subscribers are known. The NFL has streamed selected games, but this is its first season-long streaming deal and a high-profile foray into live programming for Twitter.

The league is using Thursday night games, which draw smaller audiences than the contests on Sundays and Mondays, to experiment with different kinds of media, distribution models and technologies. By the time the NFL’s biggest broadcast contracts expire in 2021, it will be prepared to sell a broad array of digital rights -- and make more money.
Posted 11:58:00 AM