Grand Rapids Radio: Eric Zane To Do Mornings On WBBL 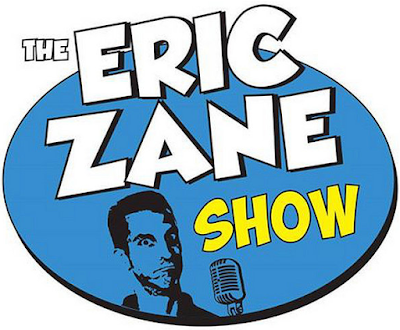 "The wait is over .. I got a frickin job," he said on his podcast Monday.

Zane was expected to talk about his new weekday show on "The Huge Show" with Bill Simonson on WBBL at 4 p.m. today.

"I couldn't be more excited to be on WBBL," Zane said when contacted Monday. "To be on a radio station with The Huge Show is a great partnership. Cumulus Media has been terrific and my family and I are very thankful.

"It works for me because I'm able to do something different serving one radio station in the community I love."

Zane has a two-year contract with a third-year option.

Zane will be joined on the show by Kyle Paffhausen, a long-time friend and former intern who posted on Facebook late-morning Monday: "Nervous, scared, excited and thrilled don't begin to describe the range of emotions for me."

Zane lost his position with the nationally syndicated "Free Beer & Hot Wings Morning Show" in early February and has since done 38 podcast episodes from his home.

WBBL is a sports station, but the focus won't be just on sports, Zane said.

"We'll going to talk sports if there's sports to talk about, definitely," he said. "But we're not going to sit there and break down who's the best at pinching on the ice because that's not our thing. But if there's something sports-related, that's what we're all about."

Zane also expects Simonson and him to do a lot of cross-promoting and appear on on each others' show occasionally.

His new position put him in competition with his former show, which airs in the Grand Rapids market on WGRD 97.9 FM.

There was no announcement on the fate of "The Michael Grey Show" that has been on in the mornings on WBBL.

Jeff Cartwright, Vice President/Market Manager, Cumulus Grand Rapids/Muskegon said: “We are thrilled to have Eric join our Cumulus media team. It’s rare to have someone who has market equity like Eric available to join a cluster from a rival station. Having Eric be part of our team which includes Tony Gates, Michelle Mckormick, Gravy and Rachel and Bill Simonson is HUGE for our team, our listeners and our clients.”

Zane said: "I'm super pumped to be building a new show from scratch! West Michigan is my home and I'm blessed to be able to be on the air in this community, and proud to be part of Cumulus and on WBBL. I’m looking forward to making new friends with the amazing team there and getting to know our listeners at upcoming station events. I can’t wait to get started-- We’re going to have some fun.”
Posted 3:45:00 AM