Red Zebra Brodcasting is calling it the biggest change to DC Sports Radio in several decades – and it all happens May 2nd on ESPN 980/Redskins Radio!

Red Zebra Broadcasting has announced a new programming schedule for ESPN 980, featuring 17 hours of live daily local sports talk! The new all-day local schedule will showcase the debut of “Cooley and Kevin” in the morning at 7 a.m. plus the return of “The Sports Reporters” at 4 p.m.

The new ESPN 980/Redskins Radio lineup will feature the following Monday-Friday shows airing on WTEM 980 AM, WWXT 92.7 FM and WWXX 94.3 FM as well as globally to a worldwide audience on the ESPN 980 and Redskins mobile apps:

“We are very excited about the new lineup at ESPN 980, including the debut of ‘Cooley and Kevin’ in the morning,” said Terry Bateman, Chairman of Red Zebra Broadcasting. “We have an extremely talented group of hosts that will provide our listeners with the best sports talk in the Washington, D.C. market.”

“The Morning Blitz” with Al Galdi
ESPN 980 listeners will wake up at 5am to the debut of “The Morning Blitz”, hosted by Al Galdi (@AlGaldi). He’ll quickly catch you up on the latest sports headlines and breaking news from overnight. Galdi is a Rockville native who graduated from Georgetown Prep in 1997 and the University of Maryland in 2001. In addition to “The Morning Blitz,” he also hosts “The Official Redskins Postgame Show” on ESPN 980, along with “Monday Morning Quarterback” and “Friday Morning Quarterback” throughout the Redskins’ season.

“Cooley and Kevin” With Chris Cooley and Kevin Sheehan
Morning drive-time’s newest voice is one of the region’s most beloved recent athletes. Former Redskins tight end Chris Cooley (@TheCooleyZone) will bring his colorful personality and hard-hitting opinions to “Cooley and Kevin” Monday-Friday at 7 a.m. This look into the life and thoughts of Cooley will be co-hosted by Kevin Sheehan (@KevinS980), a versatile radio professional whose own broadcasting résumé at ESPN 980 includes hosting the Washington Redskins Pregame Show and co-hosting “Monday Morning Quarterback” after every Redskins game.

Tony Kornheiser
Washington, D.C. broadcasting favorite Tony Kornheiser and his immensely popular “Tony Kornheiser Show” will now shift to an 11 a.m. start. The show – which was recently named as the top local sports midday show in America by Barrett Sports Media’s poll of 35 radio executives – has cultivated a national following since launching on WTEM in 1992. Mr. Tony will be available 11am-1pm on-air, online at ESPN980.com, and via the ESPN 980 App and the Redskins App.

As always, the daily Tony Kornheiser Podcast will be available immediately following the show, at 1pm EST on ESPN980.com’s AudioVault, iTunes and the ESPN 980 App for iPhone and Android.

Inside the Locker Room
“Inside the Locker Room” has been a fan-favorite on ESPN 980 for years, and now listeners will be treated to an extra hour of breaking news, interviews, and game analysis from 1-4 p.m. Former Washington Redskins Super Bowl champions Brian Mitchell (@BMitchLiveCSN) and Rick “Doc” Walker (@RickDocWalker) team up with co-host Scott Jackson (@JacksonSports) to bring you expert analysis on the Washington Redskins, Nationals, Capitals and more.

The Sports Reporters
Afternoon drive-time will feature the return of one of Washington, D.C.’s most storied sports-talk programs, as Steve Czaban (@Czabe) and Andy Pollin (@AndyPollin1) reunite for the rebirth of “The Sports Reporters”. The show, which aired on WTEM from 2000-13, features two of the region’s most accomplished sports radio personalities.

In addition to these daily shows, ESPN 980 remains the long-time flagship home of the Washington Redskins Radio Network. Burgundy and gold fans will join Larry Michael, Pro Football Hall of Famer Sonny Jurgensen, Cooley and Walker for all of the action during live game broadcasts all season long.

Recently debuted Redskins programming on the station includes Redskins Saturday with Andy Pollin, airing each Saturday from 10 a.m. until noon, and daily Redskins 365 reports. More Redskins-related programming, including expanded offseason and training camp coverage, will also be announced in the near future.

In addition to serving as the home of live Redskins programming, the station remains committed to its diverse offering of live game broadcasts. The station is Washington, D.C.’s radio home for the Maryland Terrapins as well as the NBA Finals, World Series, College Football Playoff and NCAA Tournament. 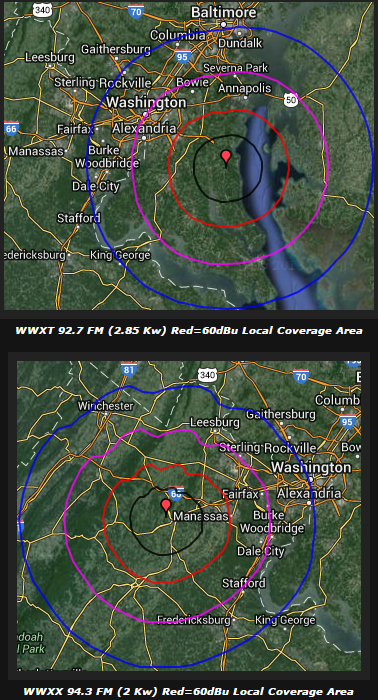