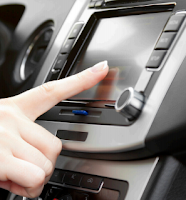 Even as in‐car audio use continues to evolve, Americans remain “button punchers.”

Nearly 75% of those who consume audio in the car are likely to switch at least  occasionally over the course of their commute. The average user of AM/FM radio switches the station 22 times per commute, while those using other platforms switch an average of 9.3 times per commute.

That’s just one of the findings of Edison Research’s “Hacking the Commuter Code,” a  first‐of‐its‐kind national survey of those who commute 20 minutes or more daily, alone  in a car or truck.  New methodology from Edison allowed us to capture the actual,  second‐by‐second behavior of commuters across the country.

“Hacking the Commuter Code” finds that there is a wide variance in behavior among in‐car audio users, with results depending on age, the type of content being consumed (e.g., music vs. spoken‐word), and access to streaming or satellite radio or integrated multi‐media systems.

“Hacking the Commuter Code” looks at how in‐car audio users react to hearing commercials. But it also finds that listeners switch for a variety of reasons—not just in reaction to commercial breaks, but also an ongoing quest for a better song. “We’re very excited to be bringing new and unique information to the advertising, audio, and broadcast communities,” says Edison president Larry Rosin.

“This is an  Edison Research Hacks The Commuter Code  entirely new research design to help answer definitively what has only been speculated about until now. We’re confident that ‘Hacking the Commuter Code’ will take its place  alongside Edison’s ‘Share of Ear’ and ‘Infinite Dial’ studies.”

Contact info@edisonresearch.com for details on subscribing to the full report.
Posted 9:15:00 AM