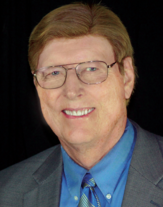 The Conclave Learning Conference is honored to announce its 2016 Rockwell Award Winner, Duke Wright, President and CEO, Midwest Communications. This year’s Rockwell Award will be presented during The Conclave’s 41st anniversary celebration on July 14 and 15, 2016 at the Crowne Plaza Hotel, Minneapolis.

In making today’s announcement, Conclave Board of Directors Chair Lori Lewis commented, "The Rockwell Award honors individuals who have contributed to the industry as a leader and to the public radio serves. Duke Wright is the heart of radio and my hope is that everyone will show up, just to say, "Well done, Duke."

Duke Wright started his radio career in 1958 as a teenage disk jockey at his family owned station in Wausau, WRIG-AM. From those beginnings, Duke’s broadcasting career would span well over 50 years and still going. Duke Wright’s Midwest Communications is a family owned media company with 72 radio properties located in the states of Wisconsin, Michigan, Minnesota, North Dakota, South Dakota, Indiana, Illinois and Tennessee.

Since 1989, the Conclave has presented The Rockwell Award - an annual lifetime achievement award – to an individual of unquestioned accomplishment in the radio industry. The Rockwell Award honors those who have contributed to the industry as an inspirational leader, and a person of great accomplishment. The recipient has made lasting and significant contributions within radio, and also to the public radio serves.

Conclave registration is only $299 for a limited time. Visit theconclave.com for more information.