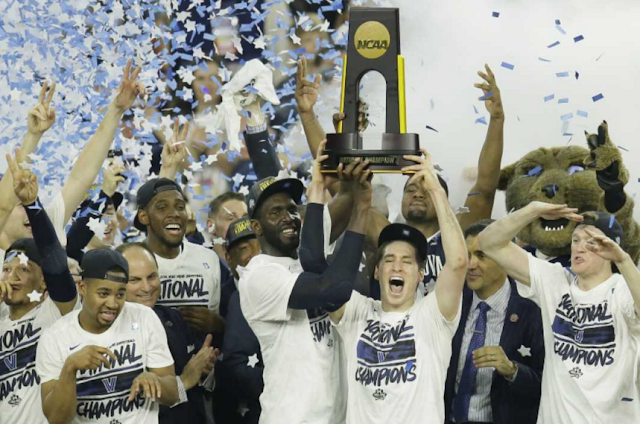 The 77-74 thriller that ended with a three-point shot at the buzzer attracted 17.8 million total viewers on TNT, TBS and TruTv, all Time Warner Inc. networks, according to Bloomberg. That’s down from the 28.3 million who tuned in a year ago to see Duke beat Wisconsin on CBS in the NCAA championship -- a marquee matchup that was the most-watched in 18 years.

Monday’s audience was the smallest for the final game since 2009, when 17.6 million people watched North Carolina beat Michigan State.

The ratings, while down sharply from a year ago, marked the second-biggest cable audience ever for a college basketball game, according to the statement from Time Warner’s Turner Broadcasting unit, which aired the tournament with CBS Corp. The matchup was also the most-watched program across all TV on Monday.

Time Warner has spent billions of dollars buying the rights to air NCAA, Major League Baseball and NBA games to lure viewers and ad dollars. The company owes $7.3 billion to the NCAA over the next nine years of its broadcast rights deal.
Posted 3:27:00 AM