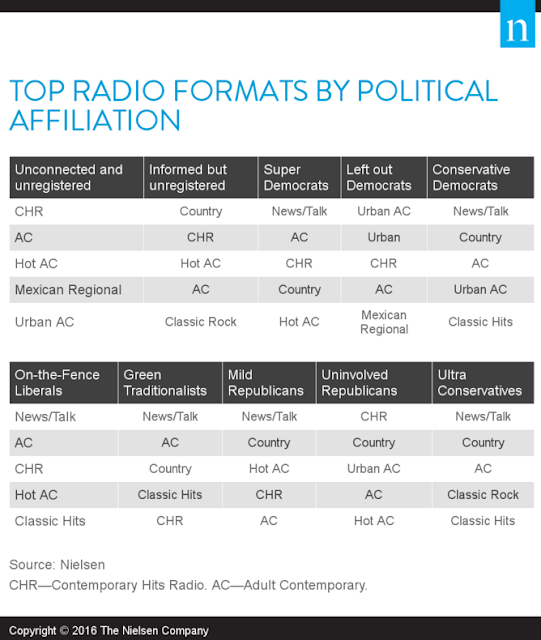 Nielsen has released new data which shows that when it comes to political commentary on the radio, most Americans, regardless of party affiliation, turn to News/Talk to hear the latest from the campaign trail. In fact, during the height of debate season and in the lead up to the first Super Tuesday of primary season, February portable people meter (PPM) listenership for the News/Talk format reached new highs.

Whether they listened to conservative talk or liberal-leaning public radio stations, nearly nine out of 10 News/Talk radio listeners are highly engaged, registered voters, with most identifying as Mild Republicans or Super Democrats.

The analysis conducted by Nielsen also found that 28% of News/Talk radio listeners in PPM markets are independent or unregistered.