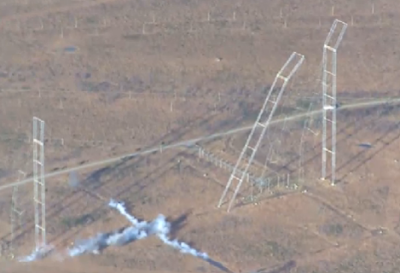 Forty-eight radio towers in Beaufort County, North Carolina came crashing to the ground one after the other during a demolition on Monday, April 4.

The towers used to broadcasted the radio signals from Voice of America, a U.S. government news service that transmits radio newscasts to other parts of the world including Cuba, The Caribbean, Latin America and Africa.

According to Global News, the radio towers haven’t been in operation for at least 10 years.

The land has been handed over to the North Carolina Wild Life Resources Commission.